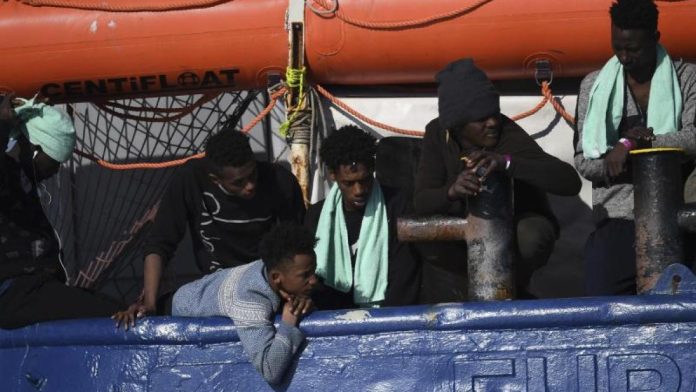 Within a few hours, more than 1,000 illegal immigrants entered Italy. The Coast Guard rescued about 600 people from a fishing boat off Calabria. Other ships came from Tunisia and Libya. Reception facilities are very crowded.

DrThe Italian Coast Guard rescued nearly 700 migrants from the Mediterranean. On Sunday, the Coast Guard said five bodies were found on a fishing boat on Saturday. The boat had drifted more than 200 kilometers off the coast of Calabria, and a merchant ship and several ships of the Italian authorities saved a total of 674 people, some directly from the water. They came to the ports of Sicily and Calabria.

Late Saturday evening, 522 people on 15 boats from Tunisia and Libya arrived on the Mediterranean island of Lampedusa. According to aid organizations, hundreds of other people rescued from distress at sea are waiting to go ashore. According to its own statements, the Berlin-based NGO Sea-Watch rescued more than 400 people on four missions on Saturday, including a pregnant woman and several children.

According to the Interior Ministry in Rome, 34,000 migrants have crossed the Mediterranean to Italy since the beginning of the year. In the previous year there were 25,500 people, in 2020 there were 10,900. According to Italian media, the initial reception center in Lampedusa, designed to accommodate a maximum of 300 people, is seriously overcrowded. According to ANSA news agency, there are 1,200 people in it.

See also  Research: Scientists want to bring the mammoth back to life

King Charles III: The same drink every night from the same...