Home World It is said that the Greek border guards threw the migrants into... 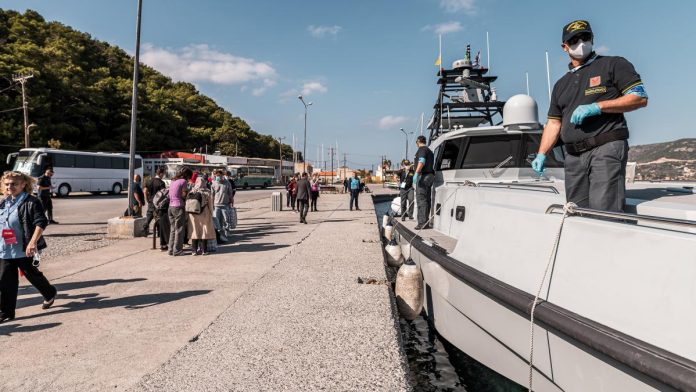 According to a media report, Greek border guards on the island of Samos threw three male migrants into the sea in September 2021. Two of them are said to have drowned in the Aegean Sea.

nAccording to research conducted by several media outlets, Greek border guards reportedly threw three migrants into the sea in September 2021, two of whom drowned. So the coast guard picked up the men on the island of Samos, they were expelled to the Aegean and forced to go down to the waters there, like woman” He writes. There is no conclusive evidence, but reliable evidence.

The main witness is the third of the men interviewed in Turkey. According to him, the three secretly crossed to Samos in a larger group from Turkey. After their arrest, the three were beaten and taken out to sea in a speedboat, where they were thrown into the sea. So he himself was able to swim to the Turkish shore, and the other two were found dead there.

From Turkey, people are trying to reach Greece and the European Union via the Aegean Sea. According to NGO and media reports, border guards are said to have in many cases made illegal pushbacks and abandoned rubber boats. But throwing into the sea will have a new quality.

SPIEGEL has reconstructed events with media partner Lighthouse Reports, The Guardian and Mediapart. They are said to be based on eyewitnesses, informants in the Greek authorities, medical reports, photos, videos and satellite images. For example, the main witness recognized the coast guard boat in the photos – and it was clear that this boat was stationed on Samos. According to the report, the Greek police rejected the allegations across the board.