Home World In front of an apartment building in Moscow: the arrest of the... 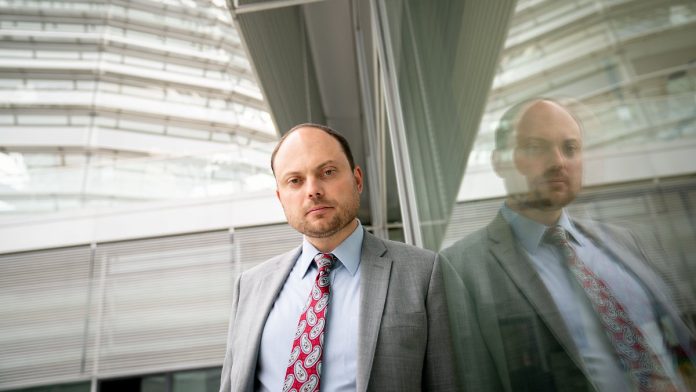 Like Navalny, a Kremlin critic, Russian opposition figure Kara Morsi narrowly escaped two mysterious cases of poisoning. In recent weeks, the politician has repeatedly criticized the Russian attack on Ukraine – and now he is facing arrest.

Police arrested Russian opposition leader Vladimir Kara Morsi on Monday in front of his apartment in Moscow. Vadim Prokhorov, his lawyer, said that Kara Morsi had to sleep in a police station. “I learned of his arrest less than 10 minutes ago, and I will visit him,” Prokhorov told the Interfax news agency.

He was accused of resisting state authority. According to Russian law, this can lead to a prison sentence of up to 15 days. Nothing is known about the other allegations. However, Kara-Morsi is a prominent critic of President Vladimir Putin and has repeatedly criticized Russia’s military intervention in Ukraine in recent weeks.

The 40-year-old politician and journalist narrowly escaped from mysterious poisonings he blamed on Russian intelligence. He is one of the few prominent opposition figures still living in Russia. US Secretary of State Anthony Blinken expressed concern about Kara Morsi’s arrest. “We are monitoring the situation closely and demand his immediate release,” he wrote on Twitter.

According to research by the investigative group Bellingcat, Russian FSB agents were hunting Kara Mersa, who was also said to have been involved in the 2020 poisoning of opposition leader Alexei Navalny. Navalny survived the attack and received medical treatment in Germany. Upon returning home in early 2021, Navalny was arrested and sentenced to prison for violating probation terms. Navalny holds Putin personally responsible for the poisonous attack. The government in Moscow rejects these allegations.

North Korea appears to be ramping up its nuclear reactor