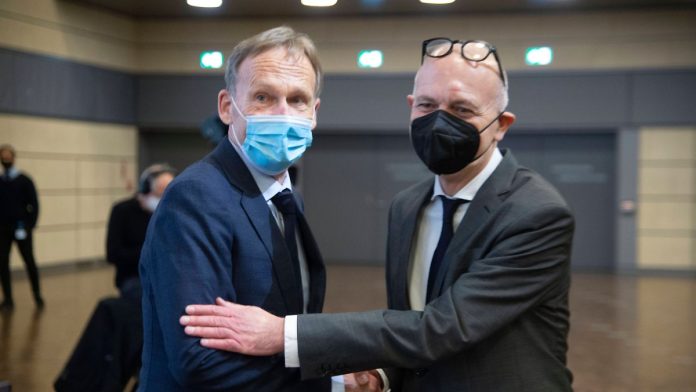 In an extraordinary meeting on Monday, the DFB Executive Committee spoke in favor of President Bernd Neuendorf as a possible new German representative to the FIFA Council. Hans-Joachim Watzke, Chairman of the Supervisory Board of the German Football League (DFL), is set to move to membership in the UEFA Executive Committee. Staff changes are scheduled for the beginning of 2023, and new elections will be held in accordance with the statutes at the UEFA 2023 Conference.

“I deeply respect that Peter Peters and Rainer Koch are taking this personal step in the international committees regarding the reorganization of the German Football Association,” said Neuendorf. FIFA President Gianni Infantino and UEFA President Aleksander Ceferin have already been informed of the plans for the DFB team.

Peters said: “Personally, I support the candidacy of Bernd Neuendorf for a position on the FIFA Council. It is important that the German Football Association remain represented on the FIFA Council for the long-term, and there can be no vacancies here.” Koch justified his withdrawal by defeating him in the elections in the German Bundestag. He links his farewell to “the hope that another German candidate, along with Hans-Joachim Watzke, will be elected by the European Union Congress”.

See also  He lives! MSV contemplates the sense of achievement in the Lower Rhine Cup