Home sport “I thought I was free” 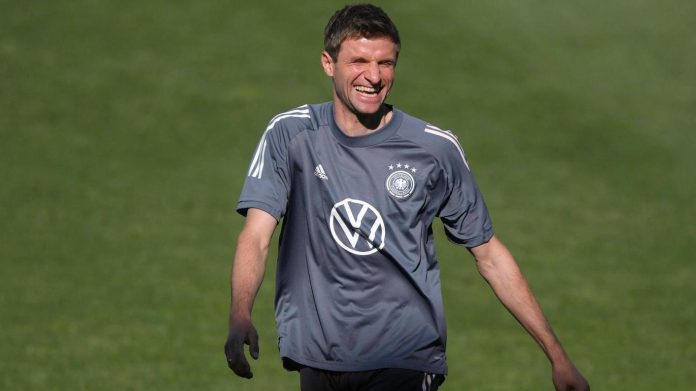 The German national team still has to play a total of four World Cup qualifiers en route to Qatar. In June of next year, the League of Nations will convene again – to the astonishment of Thomas Muller.

National player Thomas Muller caused laughter during a press conference before the international matches against Romania and North Macedonia. When asked that the national team will have to play four Nations League caps in June next year, the Bayern star replied with a surprise: “I actually thought I’d have a June break,” the Munich-born man said with a laugh.

Muller continues: “I’m always a friend to see the other side too. Maybe the games have already been agreed upon with some licensees (…), of course you have to understand that. You can’t always be part of the positive and discard the negative. I understand that these are games The plan has to be played. We will definitely deal with it.”

The German FA player made no secret of the fact that he was not very keen on matches in June after a grueling season, but added: “I think it is our duty to deal with them wisely.”

On Friday, the national team will meet Romania as part of the World Cup qualifiers (8.45 pm, in the live broadcast on t-online). Next Monday, Flick team will visit Skopje for the first leg match against North Macedonia. In the best case scenario, qualification for the Winter World Cup in Qatar will be decided on Monday evening.

But he doesn’t have a long-term career plan in mind. “Anyone who has ever made plans for themselves will later find that only a few long-term plans have been implemented,” the attacking player told German record champions Bayern Munich. The World Cup “has not disappeared for a long time”. The first goal now is to “qualify as quickly as possible”.