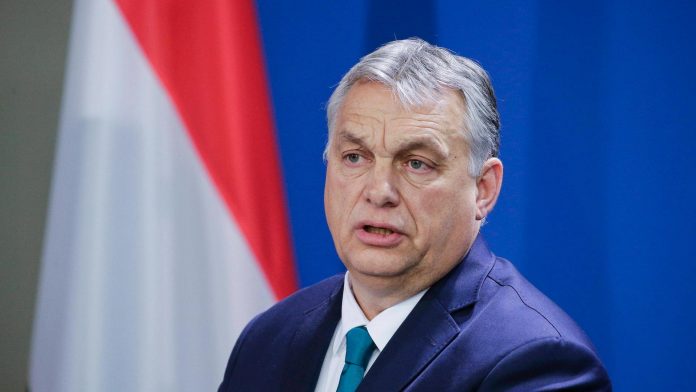 In the dispute between the European Union and Poland, Hungary comes to the aid of the country. Prime Minister Viktor Orban has drafted a decree intended to show the borders of the European Union. This can further escalate the situation.

The Hungarian government has expressed its support for Poland in its legal dispute with the European Union. As government spokesman Bertalan Havaci said on Saturday, Hungarian Prime Minister Viktor Orban called on the EU in a decree to “respect the borders of the sovereignty of member states”. Orbán accuses the EU of “depriving” member states of their rights by gradually expanding their powers.

Poland’s Constitutional Court on Thursday questioned the primacy of EU law over Polish law by declaring that several articles in EU treaties are “incompatible” with the country’s constitution. Several governments, including the federal government, then pledged their support to the European Union Commission as the custodian of the treaties. After the ruling, Commission President Ursula von der Leyen stressed that “EU law takes precedence over national law, including constitutional provisions.”

However, the Hungarian government decree states: “The primacy of EU law can only be applied in areas where the EU is competent.” Orban is an ally of the right-wing Polish Prime Minister Mateusz Morawiecki. He often intersects with Brussels on issues such as the rule of law, immigration or anti-corruption.

Hungary itself is subject to criticism for violating EU law. As “Handelsblatt” reports, the rule of law mechanism will be used against the country – and this may lead to a reduction in subsidies.

Demonstrations planned in Poland today. European Union Council President and Polish opposition leader Donald Tusk has called for protests. The ruling conservative National Law party, Law and Justice, is accused of wanting to take the country out of the European Union. Tusk is the acting president of Poland’s largest opposition party, the Liberal Conservative Civic Platform.