Home science How do (not) dormant herpes viruses wake up? 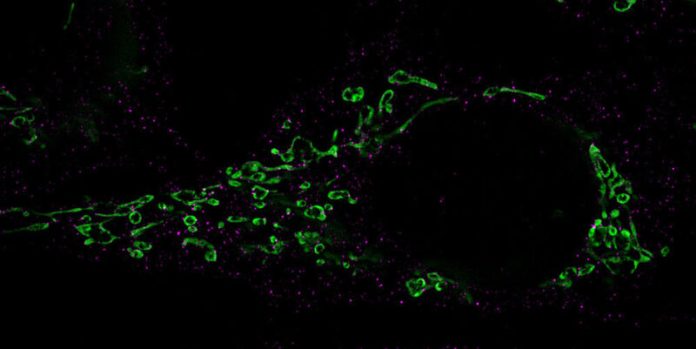 herpes How do (not) dormant herpes viruses wake up?

Herpes viruses can do more than cold sores. With the herpes virus 6, for example, more than 90 percent of all people become infected without noticing anything. But if the viruses reactivate, they can cause problems – in the heart, in the nervous system … Viruses are suspected of being involved in the development of many diseases. Researchers have now discovered the mechanism of reactivation of dormant herpes viruses. This can open up new treatment options.

Eight different herpes viruses are known to be present in humans. All of them permanently establish themselves in the body after an acute injury. Under certain conditions, they can wake up from this resting stage, multiply and infect other cells again. This reactivation is often associated with symptoms such as itchy cold sores or shingles.

Most herpes viruses have evolved to use small RNA molecules called microRNAs to reprogram host cells to their advantage. A research team led by Bhupesh Prusty and Lars Dölken of Julius-Maximilians-Universität (JMU) Würzburg was able to show that the viral small RNA acts as a master regulator to induce viral reactivation. In the journal Nature, researchers present the previously unknown cellular mechanism by which human herpes virus 6 (HHV-6) awakens from sleep.

Problems after reactivation of the herpes virus 6

With HHV-6 is more than 90 percent of all people injured without even realizing it. The virus probably only causes problems when it wakes up frequently.

HHV-6 is suspected after reactivation heart function to influence Rejection of transplanted organs To cause diseases such as Multiple Sklerose or that Chronic Fatigue Syndrome (ME/CFS) Effects. In addition, recent studies indicate that this herpes virus is involved in the development of SchizophreniaThe bipolar disorder and other nervous system diseases.

“How to reactivate herpes viruses from a dormant state is the central question in research on herpes viruses,” says JMU virologist Lars Dolkin. “If we understand this, we will know how we can intervene therapeutically.” A previously unknown key to this is the viral small RNA called miR-aU14. It is the central switch that initiates the reactivation of HHV-6.

What does microRNA do in a cell?

The regulatory molecule miR-aU14 originates from the virus itself and, once expressed, interferes with the metabolism of human microRNAs. In doing so, it selectively disrupts the maturation of many miRNAs of the miR-30 family. As a result, these important cellular microparticles are no longer formed, which in turn affects the cellular signaling pathway, the so-called miR-30/p53/Drp1 axis.

Via this miR-aU14 viral pathway leads to mitochondrial fragmentation. These cell structures are central to energy production, but also to transmit signals for defense against viruses.

Thus, miR-aU14 disrupts the production of type I interferons – messengers with which the cell reports the presence of viruses to the immune system. Because interferon is missing, the herpes virus can go from resting to active undisturbed. Interestingly, the Würzburg research group was also able to show that the viral microRNA is not only essential for virus replication, but also leads directly to the activation of the virus from hibernation.

The research team now wants to understand the exact mechanism by which viral microRNA activates the virus. In addition, there are early indications that other herpes viruses may also be reactivated via the same mechanism. This could reveal therapeutic options to either prevent or stimulate reactivation of viruses specifically in order to turn off the activated cells. Another goal is to understand in detail the molecular consequences of mitochondrial fragmentation.

This work from JMU shows for the first time that micro-RNA can directly regulate the maturation process of other microRNAs. This also opens up new therapeutic possibilities: small synthetic RNAs can be specifically engineered to stop individuals from microRNA families. Previously, such micro-interventions were not possible.

More than 8 billion people may be at risk of contracting...