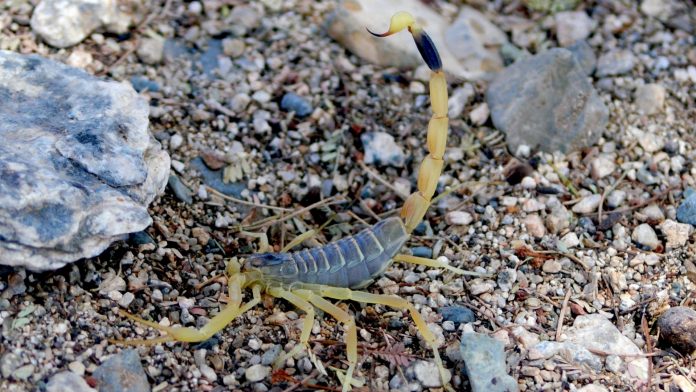 The injured were immediately given the antidote in the hospital. According to initial reports, there were no deaths.

In Egypt, more than 500 people were stung by scorpions after heavy rain.

The official Al-Ahram news website in Aswan, in the south, reported that heavy rains pushed many scorpions and snakes out of their hideouts.

Education and Research Minister Khaled Abdel Ghaffar said, according to a statement, Saturday, that scorpions sting 500 people who received the antidote. Hospitals and medical facilities in the desert are adequately supplied with the antidote. Other than initially reported, there were no deaths.

Aswan is located on the Nile in Upper Egypt and is famous for its dams and archaeological sites. The city is also very popular with tourists.

Usually it rarely rains there. In the rain since Friday, lampposts and trees were toppled. In addition, navigation on the Nile and Lake Nasser was temporarily stopped.