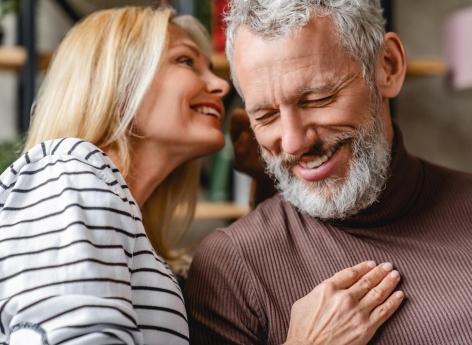 Social interactions in adulthood are important to avoid cognitive decline despite brain aging or pathological neurological changes. The best thing is to have a good listener, someone you trust who is able to listen carefully. According to a study published on August 16 in JAMA Network is open, this is linked to greater cognitive flexibility, that is, the brain’s ability to function better than one would expect given physical aging or disease-related brain changes.

In particular, researchers point to Alzheimer’s disease, a progressive disease that primarily affects people over 65 and interferes with memory, language, decision-making, and the ability to live independently. They add that while the disease generally affects older adults, the results of this study suggest that people under the age of 65 would benefit from enhanced social support. For each unit of low brain volume, individuals in their 40s or 50s with low listener availability have a cognitive age, different from the biological age, four years older than those with high listener availability.

“These four years can be very precioussays Joel Salinas, lead author of the study and a researcher in the Department of Neurology at New York University. We often think about how to protect our brain health when we’re older, having already wasted a lot of time decades ago developing and maintaining healthy brain habits. But today, right now, you can ask yourself if you really have someone available to listen to you in a positive way, and ask the same of your loved ones. Taking this simple action jumpstarts the process so that you ultimately have a better chance of long-term brain health and the best quality of life you can enjoy.. “

In their study, the scientists followed a group of 2,171 participants with an average age of 63. They examined the availability of supportive social interactions, including listening, good advice, love and affection, adequate contact with those near them, and emotional support. Their cognitive flexibility was measured as the relative effect of total brain volume on general cognition, using magnetic resonance imaging and neuropsychological assessments. Lower brain volumes tend to correlate with lower cognitive function, and in this study, the researchers examined the adjusted effect of individual forms of social support on the relationship between brain volume and cognitive performance.

The results showed that the cognitive function of individuals with greater availability of a particular form of social support was higher relative to total brain volume. The main form of social support identified is listener availability and is strongly associated with greater cognitive flexibility. The researchers note that further study of individual social interactions may improve understanding of the biological mechanisms linking psychosocial factors to brain health.

With these findings, the researchers recommend that clinicians consider adding this question to the standard portion of the patient interview social history. This may include asking patients if they have access to someone they can rely on to listen to them when they need to speak. “Loneliness is one of the many symptoms of depression and has other effects on patients’ healthJoel Salinas insists. These types of questions about a person’s social relationships and feelings of loneliness can tell you a lot about a patient’s broader social status, their future health, and how they are doing outside the clinic.. “

How cognitive activation in old age reduces the risk of dementia