Home science Guinea: The end of the first episode of Marburg virus in West... 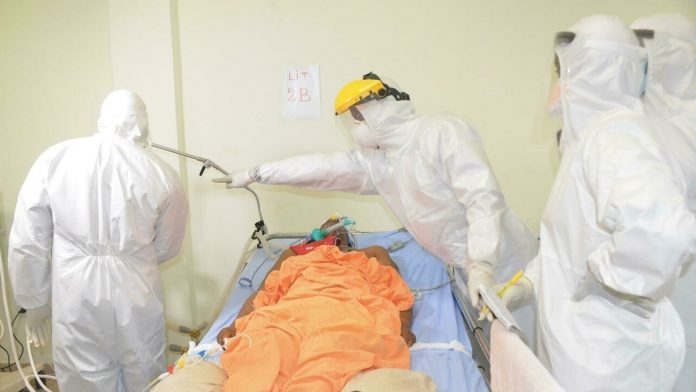 The first episode of Marburg virus in West Africa, a hemorrhagic fever nearly as deadly as Ebola, officially ended on Thursday, 42 days after the first and only case was identified in Guinea, the organization said.

The presence of the virus, transmitted by bats, was detected in samples taken from a man who died in early August in the Guinea Forest, in the south of the country.

“More than 170 high-risk contact cases were followed up for 21 days,” the World Health Organization said in a statement.

According to the text, “Marburg, which belongs to the same family as Ebola, is transmitted to humans by fruit bats (bats) and spreads between humans through direct contact with body fluids from infected people, surfaces, and materials.”

Although there are no approved vaccines or antiviral treatments to treat the virus, oral or intravenous rehydration and treatment of certain symptoms improve survival rates.

The World Health Organization recalls that “in Africa, epidemics and sporadic cases have been reported in Angola, the Democratic Republic of the Congo, Kenya, South Africa and Uganda”.

The first Ebola epidemic in West Africa, the most deadly since the virus was identified in 1976, also broke out in December 2013 in the Guinea jungle, and did not end until 2016 after it spread to ten countries and caused more than 11,300 deaths, an underestimated toll real. WHO own admission.

This is also where this disease re-emerged in 2021, and officially ended in June, killing 12 people.

Two years after contracting Covid, the sudden return of the influenza...