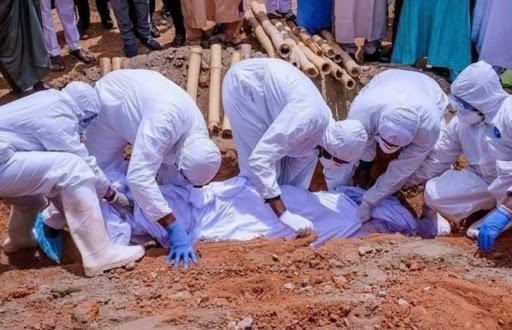 The Guinean health authorities announced, Thursday, September 16, the end of the epidemic of Marburg fever, a disease transmitted to humans by fruit bats.

According to the same source, the Guinean health authorities specified that an “environmental survey of bats began on August 25, 2021 to clarify the animal origin of this epidemic.”

On August 9, 2021 Guinea announced the discovery of a case of Marburg virus disease on its soil, the first in the country and in West Africa.

This case was diagnosed in the Témessadou M’Boket region, an area 54 km from the city of Guéckédou in the south of the country. An area already known to have been the starting point of the Ebola epidemic that afflicted the country between 2014 and 2016.

The patient in question, a 46-year-old man, eventually succumbed to the disease. The victim developed dementia over three years ago and lived outside the community because he was aggressive and even predatory.

But the contacts, numbering 155, were identified and followed up on a daily basis, according to the Ministry of Health, which said no suspected cases had been discovered since then.

In a press release published on August 9, the WHO Africa office claimed that Marburg virus disease is transmitted to humans by fruit bats and spreads in humans through direct contact with the bodily fluids of infected people, or with surfaces and materials.

The illness begins suddenly, with a high fever, severe headache, and possible discomfort. Case fatality rates have ranged from 24% to 88% in previous outbreaks, depending on the strain of the virus and the management of the case., the statement of the World Health Organization indicated.

There is currently no vaccine or approved treatments for this disease, but experts believe that palliative treatment is possible.

According to the WHO, sporadic outbreaks and cases of Marburg in Africa have been reported in South Africa, Angola, Kenya, Uganda and the Democratic Republic of the Congo.