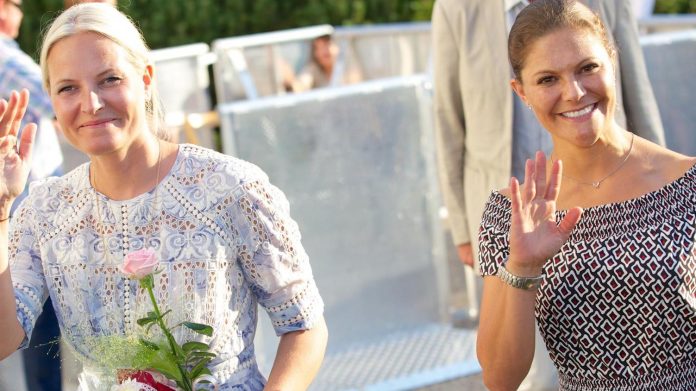 The Scandinavian royal houses have a close relationship with each other. The families of Norway’s Princess Mette-Marit and Sweden’s Princess Victoria prove it in a new way.

New family photo from Sweden. On her, Crown Princess Victoria with her husband and children along with the family of the Norwegian Crown Prince – all in a casual look. One is missing from the private shot, but it still looks harmonious.

The photo, posted on the Instagram pages of the two royal families, was taken last weekend on the Swedish Baltic island of Gotland, where the families spent “a nice few days in late summer,” as it’s called.

From the Swedish side there were: Princess Victoria and Prince Daniel and the two children Princess Estelle and Prince Oscar. From the Norwegian side, Princess Mette-Marit, Prince Haakon and his daughter Princess Ingrid Alexandra arrived. Prince Safir Magnus, the couple’s son and the Norwegian crown prince, was not part of the ceremony.

Enjoy the time together

The photo continues: “The Crown Prince’s family enjoyed spending time with their Norwegian friends and relatives and was shown this unique part of Sweden.” How well the families get along is more than evident in the shot: Mette-Marit and Victoria have put their arms around each other, and Daniel also appears to have put his arm around the Norwegian. 17-year-old Princess Ingrid Alexandra hugs nine-year-old Estelle from behind. Fans were also impressed by the close friendship between the families and sent heaps of heart-shaped emojis. A little further away from the people in the photo, Rio, the dog of the Swedish royal family, can be seen in the background on the left.