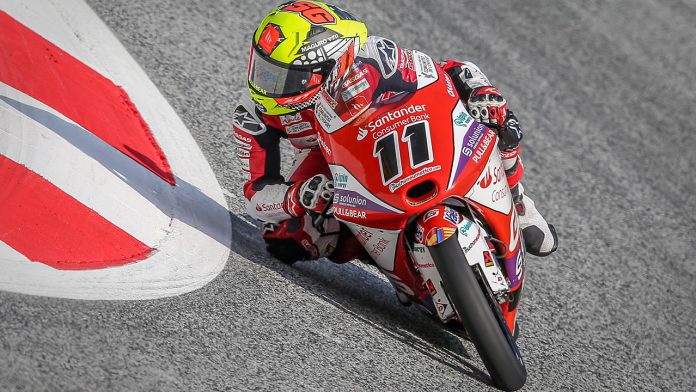 During the race on the scenic racetrack in Tuscany, Italy, the GasGas driver takes advantage of a penalty transfer from fellow Spaniard Izan Guevara, who lost first to second-placed Garcia for overstepping the bounds of the track.

Third place went to Tatsuki Suzuki (Leopard Racing) of Japan in a race that was exciting and eventful to the finish.

With his third win of the season, Garcia extends his world championship lead over whoever is chasing him and now has 137 points after eight out of 20 races.

Guevara is the new World Cup runner-up with 109 points. He passes Jaume Masia (Red Bull KTM Ajo), who shows the missing race, and Dennis Foggia (Leopard Racing), who leads until mid-race, in the standings.

However, the Italian is eliminated due to altitude, and the following riders have to avoid a bike that skidded over the asphalt.

The next race will take place this weekend in Barcelona from 3 to 5 June.

📸 Finishing the picture!!! 🏁Replying to @Ali_Gamer Take it on line from Lord save her! 😱#Moto3 | #ItalianGP 🇮🇹 pic.twitter.com/rPTrLD592E