Home World Funding for the project is available: Researchers are working on a mixture... 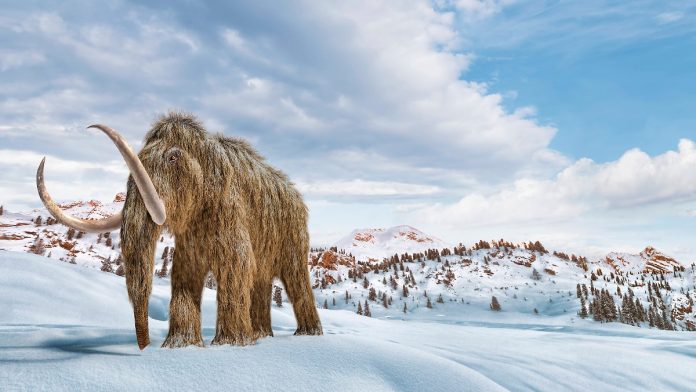 Researchers are working on a mixture of elephant and mammoth

Woolly mammoths are extinct, but scientists at Harvard University want to revive them. The plan seems simple: the massive DNA should be transplanted into a live elephant. It is said that Strange Crossroads is more than just Frankenstein’s imagination. It’s about climate protection.

American researchers are pursuing an ambitious goal: they want to extract DNA from an extinct mammoth, mix it with the genetic material of a live Asian elephant and use it to breed a hybrid elephant. The idea behind this is more serious than it seems at first glance: the resurgent giants are supposed to fill the Siberian tundra at temperatures below 40 degrees, protecting the permafrost from thawing and returning it to the grasslands.

Several years ago, George Church, a professor of genetics at the famous Harvard University in the United States, was bombarding the world of science with this plan. His team has now reported that an investor has been found who also wants to fund the massive mission. According to a report by the British newspaper “The Guardian”, the biotechnology company Colossal is supporting the researchers with 15 million US dollars. The money will be used to fund the process in which DNA from a mummified baby mammoth is taken and mixed with that of an Asian elephant. An embryo is created from this, which is either inserted into an elephant cow or grows artificially. Within a few years, researchers expected the appearance of the first elephant calves.

“Our goal is to create an elephant that is immune to the cold and that behaves like a mammoth – and looks like it,” Professor Church at Harvard University told the newspaper. According to his basic assumption, the tundra at the time of the woolly mammoth consisted of grasslands, the formation of which greatly helped animals. They cut moss, cut down trees, and supplemented their droppings with fertilizer. According to the Harvard researchers’ plans, tube mammoths now have to do nothing else: they must cut down trees and trample the ground flat to protect the permafrost from thawing.

“The last thing you do”

A fellow researcher from Church thinks the idea is dangerous: In Arctic forest regions, trees and moss are “essential to protecting permafrost,” Gareth Phoenix, a professor at the University of Sheffield, told The Guardian. Removing trees and trampling moss would be the “last thing to do”.

Victoria Heridge, an evolutionary biologist at the Natural History Museum in London, is skeptical about its practicality: this experiment needs “hundreds of thousands of mammoths”. The giant cows would be pregnant in the 22nd month of pregnancy, and it took the animals 30 years to reach adulthood. Beth Shapiro, a paleontologist at the University of California, Santa Cruz, reported her skepticism in The New York Times: Above all, climate change is happening very quickly; She fears evolution is too slow to save many species.

But Ole Church and his team should already be able to revive the animals. This is also not an easy task. It’s easy to explain that, of all things, mammoths: There is enough well-preserved DNA for this species because the animals were preserved in permafrost soil. In order not to have to turn to countless surrogate mothers, Church plans to produce an artificial mammoth’s uterus from stem cells. “I dare not say that this will be easy,” said the researcher himself.

Naked migrants: Athens and Ankara accuse each other of cruelty