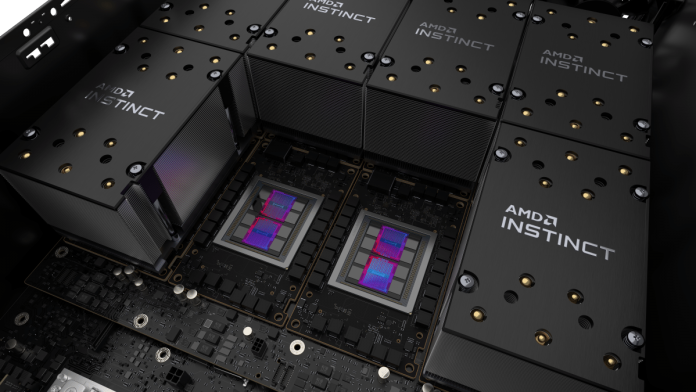 The US Department of Energy (DoE) has delayed its second Exascale supercomputer: Frontier was supposed to go online as early as 2021, but according to current expectations, it won’t be released until January 2023. Filling the gap that the research team could already Adapt and experiment.

The Aurora supercomputer was already late – the late Intel Xeon processors of the Sapphire Rapids CPU family and the Ponte Vecchio GPU accelerator were largely to blame. In Frontier, on the other hand, custom Epyc processors and Instinct accelerators from AMD are used. Oak Ridge National Laboratory (ORNL), where the supercomputer will be installed, explains the reasons for the delay not in his message.

The The transition system is called Crusher It consists of 192 nodes, each with 64 Epyc 7A53 cores, 512 GB DDR4 RAM, and four Instinct MI250X. It’s still Epyc’s 3rd generation Zen 3 processors, but it’s configured to fit ORNL — other companies can’t buy that model. The Instinct MI250X units take the actuators off the shelves. Each unit houses so-called Aldebaran GPUs with a total of 14,080 FP64 cores and an FP64 computing power of 47.9 TFlops.

The CPU and four accelerators communicate with each other via AMD’s Infinity Fabric Interconnect. HPE, in turn, connects the nodes with its Slingshot jumper. In purely mathematical terms, Crusher’s total computing power should end up at less than 40 petaflops – about 2 percent of Frontier’s computing power. The full Frontier supercomputer uses the same processors and GPU accelerators, but is much larger with more than 9,000 nodes.

Some of the first science projects whose code will be adapted to AMD hardware include: