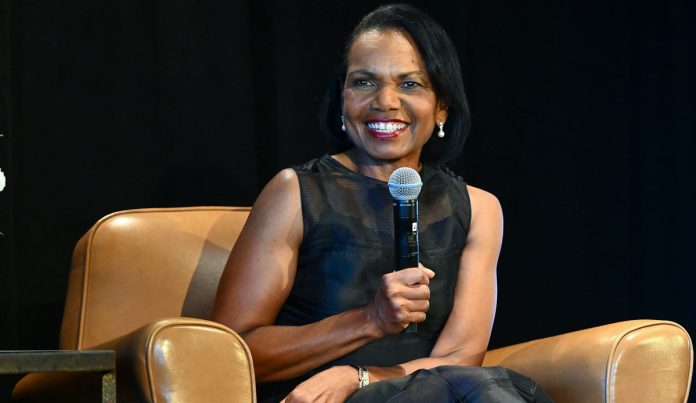 Former US Secretary of State Condoleezza Rice joins the Denver Broncos property group. As the NFL franchise announced Monday, the 67-year-old is joining the Walton Penner family group, which bought the Broncos for $4.65 billion last month.

“I spent a lot of my younger years in Denver, so it’s a once-in-a-lifetime adventure and a great opportunity to combine my love for the game with my love for this amazing city and team,” said Rice, who passed away at the age of 12. Denver went to college there. From 2005 to 2009 she was Secretary of State under George W. Bush.

“Rice is a highly respected politician and an accomplished academic and business leader. She is known as a passionate and knowledgeable football fan who is dedicated to making the sport stronger and better,” Rob Walton said in a statement. A great credit to our group and the Broncos organization.”

The deal is currently being reviewed by the owners of the NFL club, with at least 24 of the 32 that must be approved.