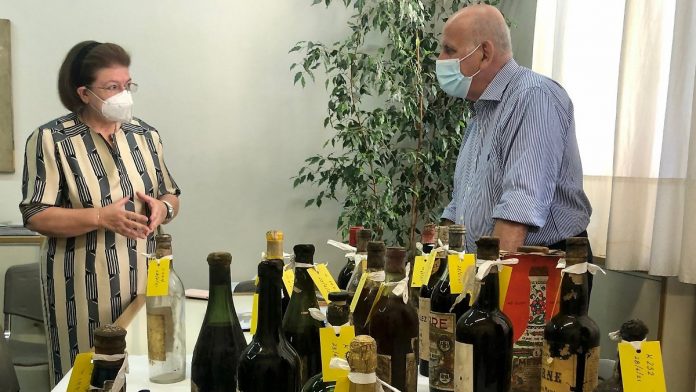 A former royal palace in Greece

Hundreds of valuable bottles of wine have been discovered

The former summer palace of the Greek royal family in northern Athens is currently being renovated. Over 4,000 bottles of wine and spirits have appeared, some dating back to the 19th century. There is talk of “discoveries of great historical importance”.

While renovating the former summer palace of the Greek royal family in 1974 in Tatoi, north of Athens, restorers found hundreds of precious bottles of wine and spirits inside and out. As Greek Culture Minister Lina Mendoni declared, these are “discoveries of great historical importance.”

She added that more than 4,000 bottles have been discovered and research is underway. Among other things, it concerns a bottle of whiskey from the time of the inauguration of British Queen Elizabeth II on February 6, 1952 and wines of the origin of Chateau Margaux, Chateau de Vincennes and Chateau Rothschild, which date back to the 19th century. The Tatoi Summer Palace and the large forest surrounding it are currently being developed into a museum and travel destination.

The relationship between the Greek royal family and the people was almost always turbulent. The end came when the inexperienced Constantine II quickly became embroiled in disputes with the political leadership after his inauguration in 1964. He also made a huge mistake: on April 21, 1967, a military group staged a coup d’état in Greece. In order – as he repeatedly says – to avoid bloodshed, the king tolerated the putschists. He photographed with them himself, and even agreed to form a military government with his signature. Many Greeks have never forgiven him for this.

After democracy was restored, Greece’s monarchy was abolished in December 1974. Constantine – now 81 – was expropriated and only compensated after a decision by the European Court of Human Rights in 2000. Over the past fifteen years, the relationship between the state has improved Greek and Constantine gradually. Today, Constantine, who owns a villa on the Peloponnese peninsula, spends several months of the year at home.