Home World Floods in the north: at least 70 dead in Turkey 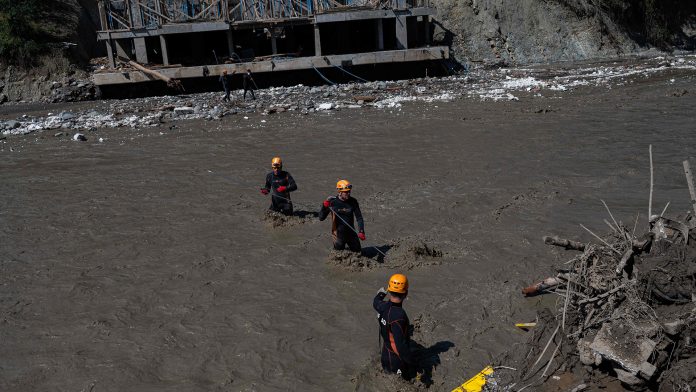 Heavy rains in the past few days have led to the worst floods in years in Turkey’s Black Sea region. At least 70 people were killed and 47 are missing.

So far, at least 70 people have died in floods in northern Turkey. Anadolu News Agency, citing the Turkish Civil Protection Agency, reported that 47 people are missing. Afad said rescue work was continuing in the affected areas.

Thousands of people have been taken to safety

In the past few days, torrential rains have led to the worst flooding in the area in years. Kastamonu, Sinop and Parten provinces were particularly affected. The floods destroyed several homes, bridges collapsed, and thousands of people were taken to safety.

Removing mud from streets and buildings

The state news agency DHA reported that the dead were frequently rescued from collapsed buildings. Meanwhile, cleaning work is underway to clean the streets and buildings from the mud left by the floods.

According to experts, in addition to climate change, the straightening of rivers and the narrowing of the Eisin River in the Bozkurt region is also a factor in severe flooding.