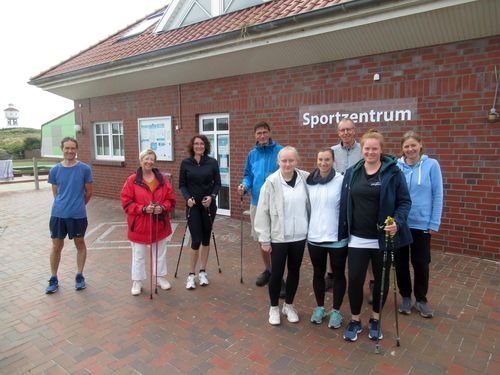 On Friday afternoon, the sports team at Tourismus-Service-Langeoog, along with the participants, drew attention to the disease as part of the Langeooger World Alzheimer’s Run and supported the research work with running. On behalf of the sports team, Dajana Gliesche thanked everyone who took part in the spontaneous promotional campaign. Then together they set out for a run or walk on a 5-kilometer route around town.

There have been similar campaigns around the world, for every kilometer of running, the Alzheimer’s Research Initiative donated 20 cents to help make Alzheimer’s curable.

Alzheimer’s disease — also known as “Alzheimer’s dementia” — is the most common form of dementia and an incurable brain disorder. Because neurons in the brain die, people with Alzheimer’s become more forgetful, disoriented, and eventually disoriented. As the disease progresses, the memory, consciousness, and personality of those affected are increasingly destroyed. This is often a very painful and torturous process for both patients and their families.

On the tram, the recommendation to wear a mask is still...