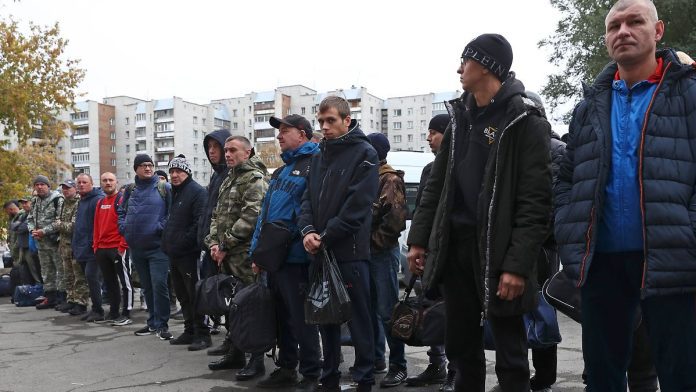 A young man draws a pistol and shoots a military worker at the Russian military recruitment office in Ust Ilimsk, Siberia. He was badly injured. It is believed that the reason for the attack was the mobilization of hundreds of thousands of fighters.

A few days after the partial mobilization was announced in Russia, a man opened fire on a recruitment center in Siberia, according to the local governor, injuring a soldier working there. “In Ust Ilimsk, a young man shot at the military registration and enlistment office,” Igor Kobezhev, governor of the sparsely populated Irkutsk region, told Telegram. The soldier was seriously wounded.

“The shooter was arrested on the spot and will certainly be punished,” Kopsev continued. According to the Russian Investigative Committee, the suspect is a 25-year-old resident of the city of Ust Ilimsk.

“I am ashamed that this is happening at a time when we must rather unite. We must not fight each other, but against real threats,” Kopsev continued. He issued instructions to strengthen security measures.

Protests and fires in Russia

Putin announced a partial mobilization of reservists last Wednesday. The decision sparked panic and protests in Russia, where hundreds of people were arrested. There have also been several arson attacks on military recruitment facilities in recent days. The Belarusian exile medium speaks of 54 such attacks since the beginning of the Russian invasion of Ukraine in February, 17 of which are said to have taken place in the past five days alone.

Critics accused the authorities of concentrating mobilization efforts in remote areas such as Siberia and the North Caucasus to avoid provoking resistance in urban areas, especially Moscow. In addition, it has been criticized that some men were conscripted for military service even though they had no military experience or were already above the minimum age.