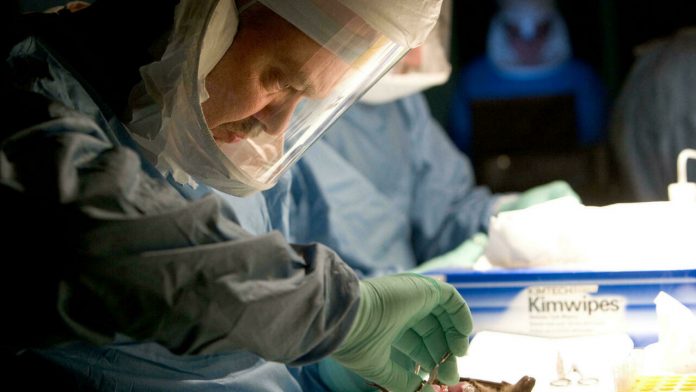 If the virus is detected in animals, it is the first time it has been confirmed in humans in West Africa, which has put health authorities and the World Health Organization on alert.

The case was detected in Gikedu Prefecture in the south of the country. A 46-year-old man presented to Kondo Health Center last week. He alerted the nursing staff to the symptoms and sounded the alarm for the patient’s deteriorating condition. The man eventually died. Samples confirmed the presence of Marburg virus.

Measures have been taken to find people who could have been in contact with the patient, WHO guarantees: 155 people have been identified and are being monitored. Awareness campaigns are underway. The WHO expert team supports local authorities in conducting investigations, risk assessment, disease surveillance and screening…

The representative of the World Health Organization in Guinea, Dr. Georges Kiserbo, highlights the response to this case and the level of preparedness of health authorities in the wake of the various Ebola epidemics. The final episode was contained in less than four months. He stresses that the danger is currently local and immediate across the borders with Liberia and Sierra Leone.

The disease was already known in South Africa, Angola, Kenya, Uganda or the Democratic Republic of the Congo. This is the first time it has been confirmed in humans in West Africa. This virus is highly contagious, with a fatality rate of 24 to 88%. It is very virulent and causes in particular hemorrhagic fever. ” It belongs to the viral hemorrhagic fever viruses. There is no known cure yet, but with the new technologies we have made, thanks to Covid so to speak, maybe we can find a vaccine more quickly. “,” explains Dr. Hugues Cordel, an infectious disease doctor at the Avicenne Hospital in Bobigny, near Paris.

See also  Cancer risk: Loneliness is as dangerous as smoking

Marburg virus was previously detected in animal populations in Guinea. For Dr. Georges Kiserbo, WHO Representative in Guinea, this virus must be considered like others in the overall ecosystem.

« There are areas of emergence, also associated with human activity, that are increasingly encroaching on the ecosystem, on animal and plant habitats, He explains. We know there will be areas of emergence, encounters that can turn into pathways for infectious germs from animals to human populations. That’s it The “One Health” approach that want to agree to animal health and human health programs as well as environmental protection. »