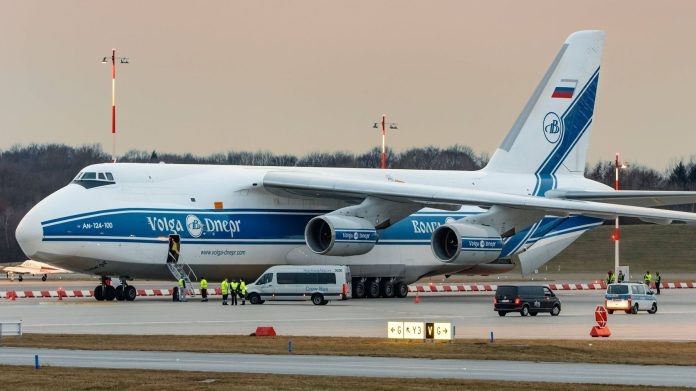 According to a report, Russian cargo planes operate regularly between Zhengzhou and Moscow. Transceivers may have been turned off in the process.

Alleged flight data from Russian cargo planes is fueling speculation about deliveries of Chinese military equipment to Moscow. The Ukrainian “Defense Express” platform reported that the Antonov An-124 transport planes of the Russian airline “Volga-Dnepr” operated several times in the past week between Moscow and the Chinese industrial city of Zhengzhou. It is possible that more flights could have been made with the transponders closed.

The report points to, among other things, a video from Chinese social networks that is said to show a Russian An-124 on the tarmac at Zhengzhou Airport. The comments below the post speculate that “military supplies, i.e. equipment, body armor, helmets, clothing, etc.” will be transferred.

Flight tracking services recorded a total of nine flights to China and three round trips to Russia in the past seven days. So three different cargo planes took part in the transfers. According to the report, the difference between the outbound and return flights indicates that the machines may have switched off their transponders on other flights.