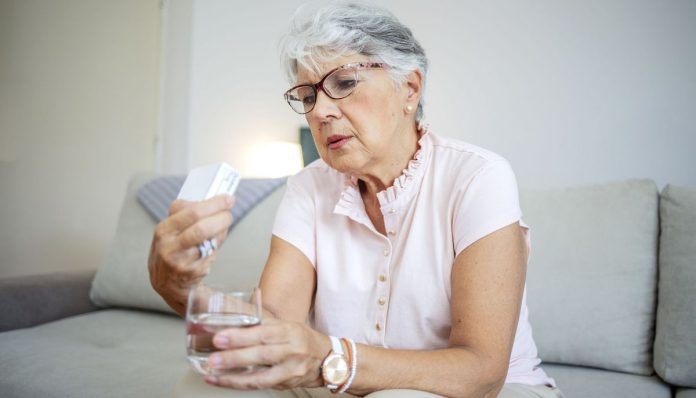 In 2021, antibiotic use in Europe has reached a new low. Only 23 percent of those surveyed in Europe said they had taken antibiotics in the past year. In Germany it was just 15 percent, a recent European Barometer survey by the European Center for Disease Prevention and Control (ECDC) showed. However, most people do not know what consequences the careless use of antibiotics can have. The survey also showed that only a few people know how to use antibiotics properly.

For example, 45% of Germans believe that antibiotics help treat viral diseases. This is not the case. Antibiotics only work when bacteria are involved in the infection. Colds are usually caused by viruses. However, 14 percent of those surveyed said they took antibiotics for a cold. Eleven percent took antibiotics for influenza, which is also caused by viruses. The most common areas of application are urinary tract infections. Antibiotic treatment is usually helpful here, as bacteria commonly cause cystitis.

Lots of uncertainty when taking it

The survey also showed that last year only 24 percent of Germans reported the need to take antibiotics. There is also a great deal of uncertainty when it comes to handling antibiotics. 12 percent of Germans believe that you can stop taking the pills yourself when you feel better. This is not true, because the antibiotic should always be taken for the duration prescribed by the doctor or until the package is emptied. But at least two days is longer than the persistence of symptoms.

The bacteria become immune to antibiotics

At least 83 percent of those surveyed knew that careless use of antibiotics leads to a loss of efficacy in the long term. This is referred to as “resistance evolution”. If bacteria are repeatedly exposed to an antibiotic, they develop strategies to mitigate the effect or avoid it altogether. This is magnified when the bacteria are exposed to “near-lethal doses” over a long period of time. In other words, the antibiotic concentrate is harmful to bacteria, not killing them. This gives the bacteria enough time to learn to bypass the deadly mechanisms of the antibiotic. These near-fatal levels often occur when the antibiotic is not taken as prescribed, for example, when a dose is missed or treatment is stopped too early. But a large number of prescriptions also promotes the development of resistance—especially when, as in the case of a viral illness, no germ is present, and an antibiotic is not required.

See also  Covid-19: the end of containment in Shanghai

There are also many benign bacteria in our bodies. The antibiotic harms them, too. This is why it is so important to be skeptical about taking antibiotics and to take the medication only when medically necessary. It is estimated that in Europe, Iceland and Norway alone, 35,000 people die each year from multidrug-resistant infections. Bacteria are referred to as multi-resistant if they are immune to the most common antibiotics.

which: data on antimicrobial resistance (AMR): antibiotic use is declining in the EU but more needs to be done

Stuttgart signs the declaration of # substantive action of German aid...