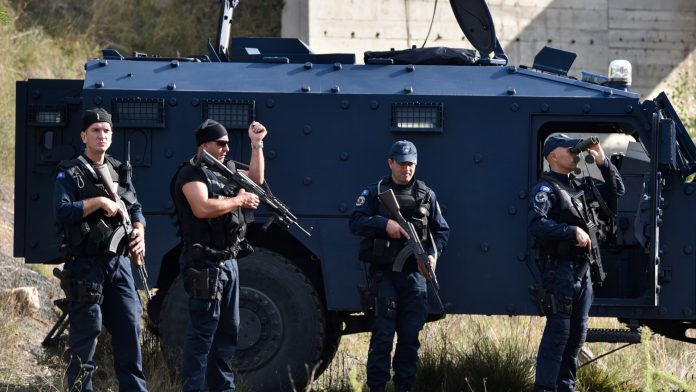 The dispute over the mutual recognition of license plates between Kosovo and Serbia has been settled – for now. The EU working group should now work on a permanent solution within six months.

EU representative for the Western Balkans, Miroslav Lajac, wrote on Twitter: “We have a deal!” This settles the border dispute over the mutual recognition of license plates between Serbia and Kosovo for the time being.

After two days of intense negotiations, an agreement was reached to calm tensions. European Commission President Ursula von der Leyen also mediated between the two governments on a trip to Kosovo and Serbia.

Kosovo promised to withdraw special police units from the border and remove barriers. At first it appears that this has avoided the risk of violent escalation.

The dispute relates to a new regulation by the Kosovo government, according to which motorists with Serbian license plates are required to put on temporary license plates when entering Kosovo. He was responding to the fact that Serbia, for its part, does not recognize the license plates that Kosovo submitted after the declaration of independence in 2008.

The measure affected several thousand Kosovar Serbs in the Serbian enclave around the city of Kosovska Mitrovica in northern Kosovo, who often still use vehicles with Serbian license plates. But it also applies to travelers from Serbia.

The EU Working Group must find a solution

Kosovo seceded from Serbia in 2008. However, the government in Belgrade still does not recognize independence and considers Kosovo a breakaway province.

After the temporary settlement of the dispute, the working group, with the participation of EU representatives, is now working on a permanent solution within six months.

Agreement between Kosovo and Serbia in the “license plate dispute”