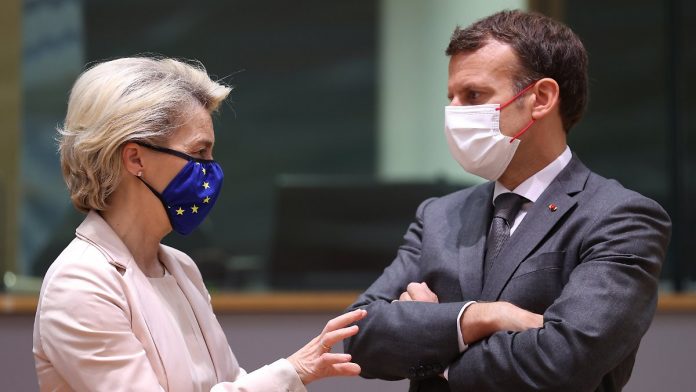 Dispute over the failed submarine deal

A submarine deal between Australia and the United States angered France. Violent conflict broke out across the Atlantic. Now EU leaders are expressing themselves, too: Commission President von der Leyen has criticized the deal sharply. Indeed, the President of the Council of the European Union, Michel, accuses the United States of disloyalty.

In the dispute over the failed submarine deal, EU leaders strongly criticized the actions of the USA, Australia and Great Britain against France. European Commission President Ursula von der Leyen described France’s treatment on US news channel CNN as “unacceptable”. “There are many open questions that need to be answered,” von der Leyen said. “We want to know what happened and why.”

European Union Council President Charles Michel accused the United States of a “clear lack of transparency and loyalty”. Michel said before the start of the general debate at the United Nations General Assembly in New York that the American approach is “incomprehensible”, and for this reason, “clarification” is necessary.

Michel even drew parallels with Biden’s predecessor Donald Trump: the “America First” advocate was “very clear – at least in tone, content and language – in his view that the EU was not a useful partner and ally”.

Biden is trying to placate France

The background to the unusually violent transatlantic conflict is the creation of a new Indo-Pacific security alliance between the USA, Great Britain and Australia and an agreement related to the construction of nuclear submarines for Australia. This prompted the Australian government to cancel a long-term submarine deal with France. The French government reacted indignantly and recalled its ambassadors from Canberra and Washington to return to deliberations. Foreign Minister Jean-Yves Le Drian complained of a “serious breach of trust”.

In order to assuage France’s anger over the failed deal, the USA, Great Britain and Australia have recently adopted conciliatory tones. US President Joe Biden wants to call French Head of State Emmanuel Macron soon. A French government spokesman said Biden had asked Macron to speak to him.

A US government official said Biden was looking forward to the interview and would like to talk about a “way forward.” But he also stressed: “We understand the French position, and we do not share their opinion.”

Lambrecht has no time for the Bayern frigate in Wilhelmshaven