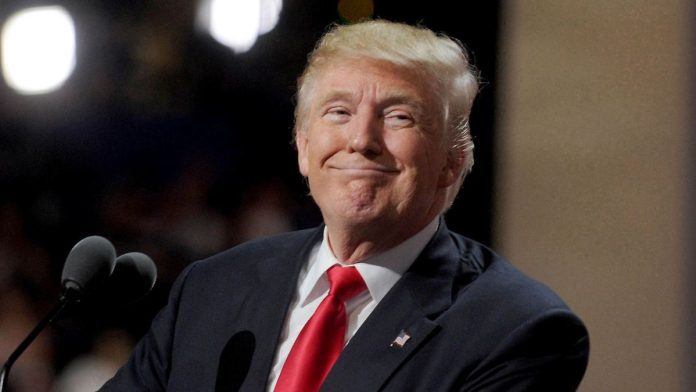 Former US President Trump does not give up. He still claims that cheating led to his defeat in the 2020 US presidential election. Now he wants to overturn the constitution. For some members of the Republican Party, this is “madness.”

Critics of former US President Donald Trump have reacted angrily to his latest call to repeal the Constitution over alleged electoral fraud. “A massive fraud of this kind and scope allows for the repeal of all rules, regulations, and articles, including those in the Constitution,” Trump wrote on the social media platform Truth Social, which he founded, over the weekend. Trump has suggested that he should be declared the legitimate winner of the 2020 presidential election — or the election should be rerun.

Democrats and individual Trump critics in the Republican Party have rated Trump’s fantasies of violating the US Constitution as unacceptable. Republican Representative Liz Cheney wrote on Twitter: “No honest person can deny that Trump is an enemy of the Constitution.” He slammed fellow party member Adam Kinzinger in a tweet: “This is crazy.” When the former president calls for the overthrow of the constitution, “no conservative can legitimately support it, and not a single supporter can be called a conservative.”

Cheney and Kinzinger are among the party’s harshest internal critics of Trump, and have thus been given a more external role. Both are still members of the House of Representatives, but they will leave the House of Representatives at the turn of the year. On the other hand, the Republican leadership in Congress did not initially comment on Trump’s statement — and silently ignored Trump’s many provocations in the past.

Trump was defeated by Democrat Joe Biden in the 2020 presidential election, but to this day he refuses to concede defeat. Trump has never substantiated his claims that he was denied a victory through massive fraud. He and his team have also been defeated in several lawsuits with their claims.