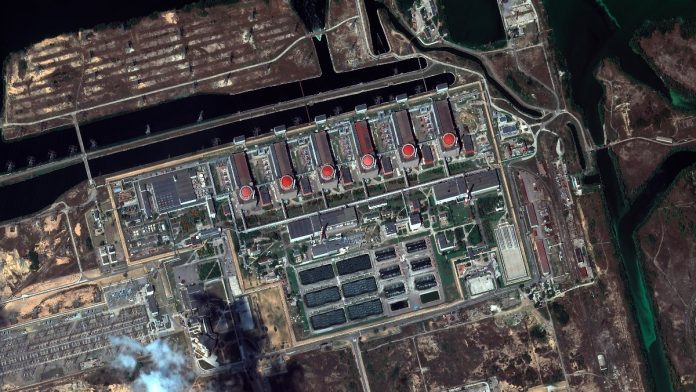 The Zaporizhia nuclear power plant has been at the center of hostilities for weeks. Russia and Ukraine accuse each other of bombing the facility. After the lines are damaged, the launcher now completely disconnects the system from the network. Security systems continued to operate.

According to the nuclear power plant operator, the two remaining reactor blocks of the Zaporizhia NPP were removed from the grid. Enerhoatom reports that this is caused by fire damage to power lines. This was the “first time in the history of the factory” event. Work is underway to reconnect the two reactors to the grid. The security system of the nuclear power plant is working. However, according to experts, the disconnection from the power grid threatens the much-needed cooling of the reactors. Enerhoatom suspects that Russia wants to connect Zaporizhia to the Crimean power grid.

Meanwhile, there were major blackouts in parts of southern Ukraine around the Russian-occupied nuclear power plant. “Today the city is completely devoid of electricity and water as a result of enemy bombing,” Dmitro Orlov, the mayor of Enerhodar, who fled to the Ukraine-controlled part of the country, told Telegram. After a good hour, Orlo reported the gradual restoration of the energy supply in the small town where the nuclear power plant is located.

The Russian occupation authorities in the region, in turn, announced the re-supply of Melitopol with electricity after an outage of about an hour and a half. She added that a fire and a short circuit occurred in the high voltage lines. No specific information was given about the causes. Also in the neighboring Kherson region, the occupation authorities reported a power outage without giving any reason and announced that the electricity would soon return.

For weeks, Russia and Ukraine have accused each other of bombing Europe’s largest nuclear power plant, which the Russians seized in early March. It is often not possible to independently verify the information provided by both sides. The plant, not far from Russia-annexed Crimea, houses 6 of the 15 reactors in Ukraine. They can supply four million families with electricity.

The operator of the Ukrainian state-owned nuclear power plant Enerhoatom has repeatedly accused the Russian occupiers of preparing to connect the regions to the Russian electricity grid. Bombing high voltage lines is a transformative tactic to first deactivate occupied areas and then gradually synchronize them with the Russian grid.