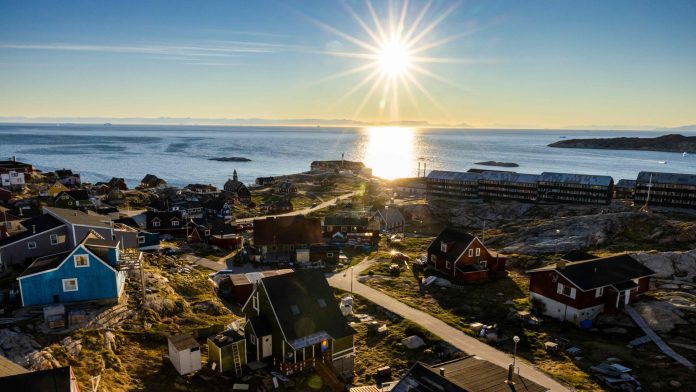 Greenland is one hour closer to Europe as of October. Parliament in Nuuk decided to change the time zones for much of the country. Then the difference between New York and Copenhagen will be three hours.

Much of Greenland will change time zones next year, moving one hour closer to Europe on the clock. This has Inatsisartut – it Parliament of Greenland in Nuuk – It is decided, as confirmed by a spokeswoman.

According to the plans, most Greenlanders set their clocks one hour ahead of daylight saving time in the spring, but not winter time in the fall. This means that Greenland’s capital, Nuuk, is no longer in the UTC-3 time zone, but in UTC-2 – each with a time difference of three hours from New York (UTC-5) and Copenhagen (UTC+1).

Worry about the health consequences

According to media reports in Greenland, some politicians have expressed concerns that the change of time zone may have consequences for the health of the population. On the other hand, Greenland’s economy demanded a change in order to further overlap their working day with European firms – for example in Copenhagen -.

The change is possible because Greenland has been able to set four time zones of its own since May, following an agreement with the Danish government. The other three time zones should not be set initially.

Several parties have expressed their desire to eliminate daylight savings time altogether. This was decided back in 2019, but Greenland is still waiting for the EU to do the same.

The Arctic island belongs to the Danish kingdom, but it is largely autonomous, and Denmark is primarily responsible for foreign and defense policy.

Russia wants to cut off the global internet