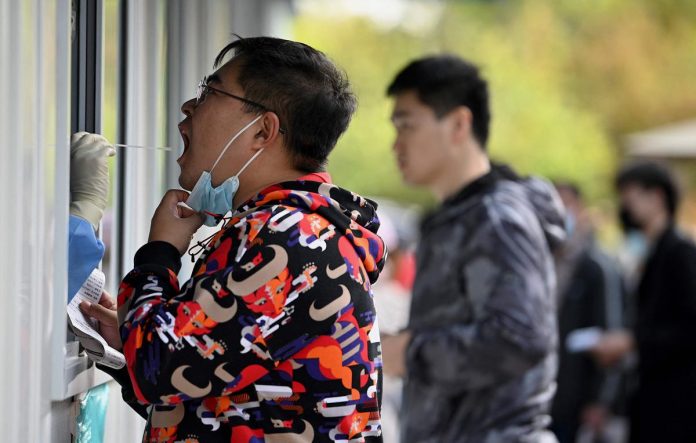 A ‘dangerous and complicated’ situation: Beijing tightens its health restrictions, as the country faces an epidemic rebound within 100 days of the Winter Olympics

Beijing will host the Winter Olympics in February 2022. In this context, the authorities, which have a zero-tolerance policy regarding the lowest case of Covid-19, have taken major steps to stem the outbreak of an epidemic that is currently very limited, with less than 300 cases.

Of the 30 provinces that the Asian giant was infected with, 14 have been affected, and the virus reached the imperial city about ten days ago. This prompted the authority to double its vigil when China on Saturday reported 59 new cases of local origin, a record since mid-September.

Since then, China, where the first cases of Covid were detected nearly two years ago, has largely controlled the epidemic on its territory. The country has recorded only two deaths in more than a year. But localized foci appear sporadically. The latter concerns an area on the border with Mongolia. An elderly couple on a tour helped spread the virus to other areas.

On the health front, the situation is “serious and complicated,” Ministry of Health spokesman Mi Feng admitted, Saturday, confirming the rapid spread of the virus. The official with the Ministry of Health, Guo Yanhong, noted that the proportion of severe cases is also higher than in the previous epidemiological recovery. According to her, 40% of patients are over 60 years old.

As a precaution, 6 million Chinese are under confinement, mainly in Lanzhou. Thus, with widespread testing, the spread of the virus can be brought under control “within a month,” said virologist Zhong Nanshan. But he warned that the virus “cannot be eradicated in the short term”.

Entry into several regions is now conditional on submitting a negative test. About half of flights from Beijing’s two major airports were canceled on Friday.

Malaria within BioNTech’s sight after COVID-19

New treatment available in France ‘to gain months of life’