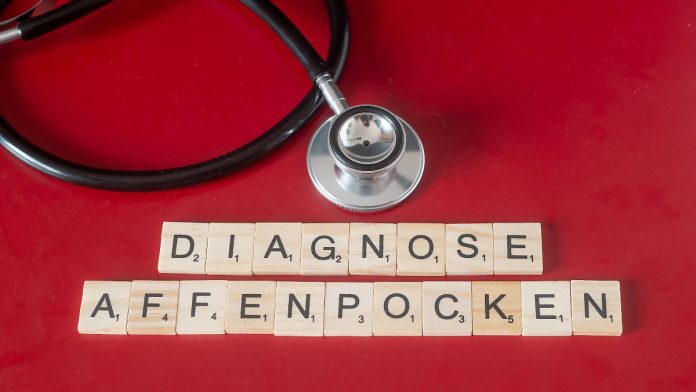 With 1,790 cases currently reported, Germany is a monkeypox hotspot. In order to stop the virus from spreading further, it is essential to quickly diagnose and treat the infection. A possible early sign of the disease is now being shown.

Monkeypox infection is difficult to diagnose in the early stages. In addition, the incubation period ranges from 5 to 21 days. That is why doctors at the University Hospital in Bonn report a case that indicates early symptoms of monkeypox virus infection. Stefan Chlaby and Christophe Boesky In “Deutsches Ärzteblatt”.t” presents the medical history of a patient who initially presented to the attending physician due to a new blister in the corner of his mouth. The 51-year-old is an HIV patient who has been well-adjusted to ART for years.

The man, who showed no other signs of illness, was first prescribed an ointment and sent home. But this did not help, and only a few days later the blisters turned into the so-called ulcer of the corner of the mouth, that is, a painful ulcer in the corner of the mouth. So the patient went back to the family doctor who did a swab test of the ulcer and sent it to the lab for examination. There, monkeypox viruses were discovered using the so-called polymerase chain reaction (PCR).

Then the affected patient developed more symptoms. Typical monkeypox blisters formed on the skin and mouth. The blisters continued to increase in the palate area. The blisters have grown so large that the base of the tongue is swollen and the patient is no longer able to speak properly. Then he was admitted to the University Hospital in Bonn, where he also started antiviral treatment. As a result, the man recovered quickly and was discharged from the hospital after only four days.

The first case of monkeypox virus was detected in Germany on May 19, 2022. This is currently being recorded According to the report, the Robert Koch Institute 1790 confirmed cases of monkeypox in the country. The World Health Organization has counted more than 6000 cases so far. Publication of the issue aims to educate clinicians to consider monkeypox infection as soon as possible in the future if ulcers are present in the corners of the mouth. Patients can also benefit from this knowledge.

See also  Health: Study: Even a short vacation can be relaxing

Major depression: a woman treated with a brain transplant first