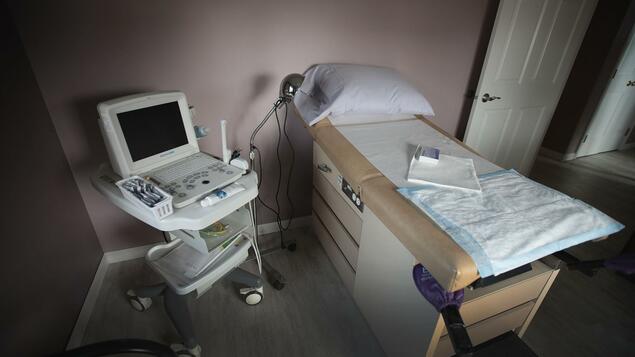 In Texas, when the law goes into effect, most abortions are prohibited. The US Supreme Court has yet to respond to an urgent motion to block the law. The massive restrictions imposed on pregnant women have been in effect since Wednesday.

“Access to nearly all abortions has been cut off for millions of people. The civil rights organization ACLU responded. Republican Governor Greg Abbott signed the bill into law in May.

The law is known as the so-called heartbeat law. Abortion is prohibited once the fetal heartbeat is determined. This can be the case as early as the sixth week of pregnancy. At this time, not many women know that they are pregnant. According to the ACLU, about 85 to 90 percent of women in Texas who terminated pregnancy are at least six weeks into their pregnancy. There is only an exception for medical emergencies.

What is unusual about the strict regulation is that it enables individuals to take civil action against those who assist a woman with an abortion. This may lead to lawsuits being brought against a number of people – for example, someone driving someone to an abortion appointment, parents paying for an abortion, or health care workers.

If the law remains in place, women’s rights organizations fear they will go after anyone who supports pregnant women with abortions.

US President Joe Biden reacted indignantly to the new regulation. Like many women’s rights organizations, Democracy has argued that the law is unconstitutional. It violates the landmark 1973 Supreme Court ruling known as “Roe v. Wade,” which legalized abortions across the country. His government is bound by constitutional law and will “protect and defend it.” (dpa)