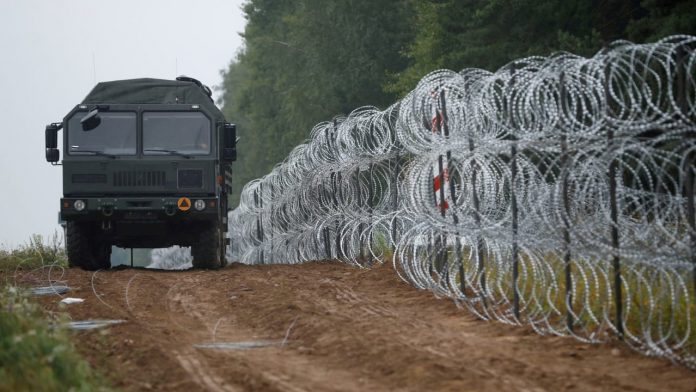 A new wave of asylum is heading towards Germany: by the end of September, for the ninth year in a row, 100,000 migrants applied for asylum in Germany for the first time (Welt am Sonntag).

One of the main reasons: the Governor of Belarus Lukhanchenko flew migrants to his country and directed them to the external borders of the European Union, and from there they come through Poland to the Federal Republic.

Now the head of the Federal Police Union, Heinz Tegert (48), is sounding the alarm to Interior Minister Horst Seehofer (72, CSU): In a letter to Seehofer, he urged “the introduction of temporary border controls into Poland”!

Because: “The number of concerns has been increasing almost explosively for several months now.” The federal government can only prevent “collapse” at the border, as in 2015, by introducing temporary border controls.

► Currently, the “number of results of unauthorized entries and people smuggled at the border with Poland” corresponds to the 2013 figures at the Austrian border. The situation then reached its “sad peak” in 2015, when the “collapse of the security structure at the border” led to the “uncontrolled entry of migrants into Germany”. It should not be repeated again.

“Our colleagues are also exposed to significant health risks, as SARS-COV-2 infections are still very high, especially in the countries of origin of migrants (Iraq, Syria, Yemen, Iran, Afghanistan, etc.) and they are rarely recorded by the authorities,” Tegates continued. Hygiene regulations, as is common in Germany and Europe, of course will not be adhered to in the ‘smuggling operation’.

Governments in Latvia, Lithuania and Poland accuse Belarus’s governor, Alexander Lukashenko, of moving refugees from crisis regions to the EU’s external borders in an orderly fashion. Lukashenko announced at the end of May that Minsk would not prevent migrants from continuing to travel to the European Union – in response to tough Western sanctions against his country. Since then, reports of attempts to cross the border illegally at the EU’s external borders with Belarus and at the German-Polish border have increased.