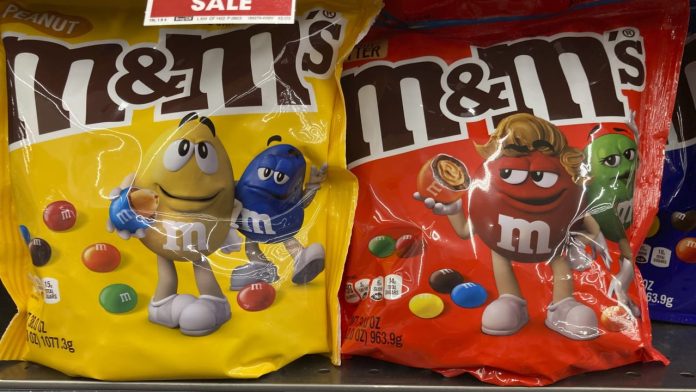 The American Mars Group wants to make the talking candy in M&M ads more “progressive and contemporary” in the future.

For example, one of the women’s Chocolate Lenses is now wearing sneakers instead of high heels to reflect “self-confidence and self-confidence as a strong woman,” the company says.

The goal: to make the lens more “representative” of the target group of females.

(After all, what woman wouldn’t you know about candy made with sugar, cocoa liquor, and skimmed milk powder?)

Chocolate lentils shouldn’t have just one “body size” – to create more respect for the diversity of body shapes. In addition, the gender of the lenses fades into the background in order to emphasize the “delicate personality” even more.

It is about promoting a sense of teamwork and the idea of ​​inclusion. The brand’s “tone” should become “more inclusive, welcoming and unifying,” according to Mars.

Connoisseur: “I think we all win out by seeing more women in leadership roles, so I’m thrilled to take on the role of the supporting friend.”

Who said this? Green M&M.

Marketing expert Allen Adamson of US company Metaforce thinks character fixing is a “good idea,” but it’s also an example of companies’ growing interest in mistreating consumers in any way. You may have thought too much at one time.

Marketing consultant Laura Ries quipped: “I don’t think there has been a public outcry against the sexualization of M&Ms. It’s just M&Ms.”

Hundreds of Bush jobs are at risk