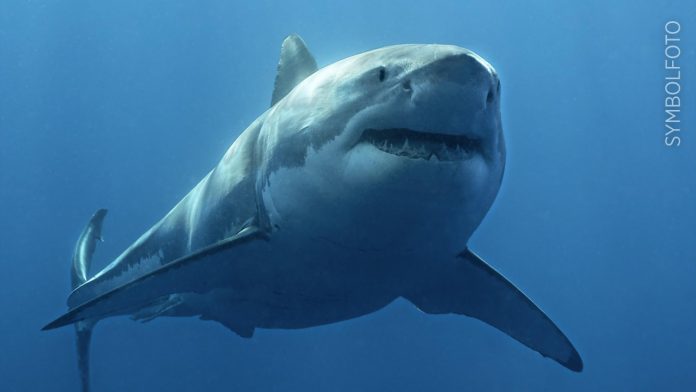 Stealing a predatory fish? not exactly …

Albany (Westaustralien) – A 48-year-old Australian is said to have stolen a tracking device from a great white shark. With this part, he set off false alarms over and over for weeks.

It is said that the man removed the tracking device from the animal after it was accidentally caught. Then he returned the great white shark to the water alive. How he managed it is still a mystery nowadays. There may be no video recordings of this procedure.

Between August 13 and September 4, the man is said to have used the tracking device to set off a shark alarm near the town of Albany of 30,000 people in southwestern Australia, a total of seven times. The whole thing seems not to be properly thought: on October 1, the police found the audio transmitter during a property search.

Albany police charged the man Wednesday. Allegation: Theft of a “acoustic monitoring tag” used by the Department of Primary Industries and Regional Development (DPIRD) to monitor great white sharks. On the 4th of November, he must respond in court.

Sharks wearing a tracking device set off an alarm when they were swimming within range of certain receivers. 34 such receivers were installed on the coast of Western Australia to warn citizens of the impending danger in time.

Hugh Letesier of the Albany Police Department called the 48-year-old’s behavior “irresponsible”. “It leaves an unmarked great white shark that we know is in the waters off Albany,” Letisier told the newspaper.Western Australia“In addition, the false alarm causes undue fear among the population and the people who use the water.”

Brexit deadline expires: EU citizens who do not have a request...