Home Top News At least 90 people have been killed in fighting in the Yemeni... 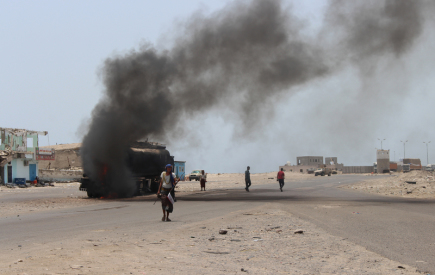 SANAA – At least 90 people have been killed in clashes between rebels and government forces over the Yemeni city of Marib in the past 24 hours. This was stated by AFP today with government sources. Marif is one of the last strongholds of the Yemeni government in the north of the country, with significant gas deposits near it. The rebels have not commented on the numbers killed.

Government sources have acknowledged the loss of 32 military and government militants. Other victims were Shiite insurgents attacking Iranian-backed war zones. On the other hand, the Yemeni government can count on the help of Saudi Arabia.

Marib is strategic to the Yemeni government and its allies because it is considered the last line of defense for Yemen’s oil and gas sector. In addition, it is one of the few cities in the north of the country still controlled by a government unit. The rest is in the hands of the northern rebels.

Fighting for the city erupted again in early February. In mid-February, the United States called for an end to the fighting. The UN fears a sharp decline in the humanitarian situation in the city and throughout Yemen. More than 100,000 people have fled the city and its environs due to fighting that has lasted more than a year.

War broke out in Yemen in 2014 when rebels occupied the capital, Sanaa. The internationally recognized government took refuge in Saudi Arabia and then relocated to Aden. The situation on the battlefield has long been prevented. But in recent weeks, insurgents have been trying to attack Saudi Arabia with drones and missiles. In February, they attacked Aba International Airport in the south of the country and destroyed a civilian plane.

See also  KFC Uerdingen goes through the next humiliation

WTA Finals in Mexico – Badosa has a foot in the...