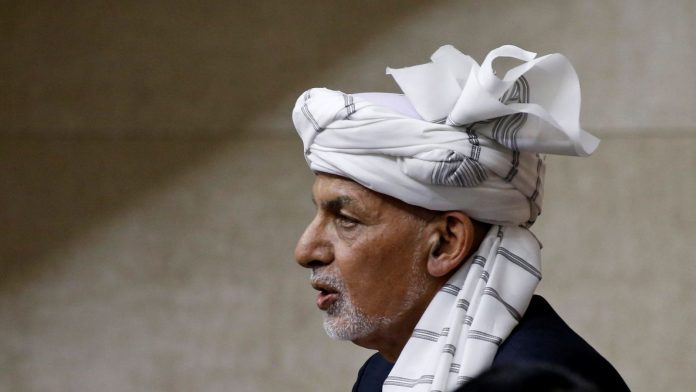 Amid the advance of the hardline Islamic Taliban movement in Afghanistan, President Ashraf Ghani left the country. This was confirmed by the head of the National Reconciliation Council, Abdullah Abdullah, in a video message he posted on Facebook. Abdullah said that the “former president” left the country for this situation, and God will hold him accountable. People will judge him, too. Local media reported that Ghani flew to Tajikistan.

According to their statements, the Taliban stormed the presidential palace and took control of the building. A spokesman for the militia said they would soon announce the re-establishment of the Islamic Emirate of Afghanistan – that’s what the country was called under the last Taliban rule from 1996 to 2001.

Afghan government: There will be a “peaceful transition of power”

The Afghan government had earlier announced a “peaceful transfer of power” to the Taliban in Kabul. “There will be no attack on the city,” Interior Minister Abdul Sattar Mirsakwal said in a recorded speech. The Taliban confirmed in a statement on Twitter that their fighters would not seize the 4 million capital by force. Negotiations are underway on a peaceful transfer of power. Taliban officials contradicted government claims that a transitional government was necessary.

The hardline Islamist Taliban movement has taken control of almost all the provincial capitals in the country in the past week and a half. Many of them fell without a fight. Sunday morning (local time) they captured the penultimate city still under government control, Jalalabad in the east of the country. A little later, Taliban fighters gathered at the gates of the capital, Kabul. However, they were initially instructed not to enter the city.

See also  This applies to entry and visit

But in another statement that evening, the Taliban announced that it had received reports that police stations and ministries had been abandoned. In order to prevent looting or to prevent others from being harmed, the Taliban leadership instructed its fighters to enter the areas from which the enemy had fled.

One hospital reported that more than 40 people were injured so far in the fighting on the outskirts of Kabul. Details are not mentioned.

US Embassy in Kabul: Citizens must reach safety

The safe operation of the airport is a prerequisite for a number of countries, including Germany, Their employees can travel quickly as planned. The federal government closed its embassy in Kabul on Sunday and moved staff to the military part of the airport. The United States also began evacuating its embassy and transferring its personnel to the airport.