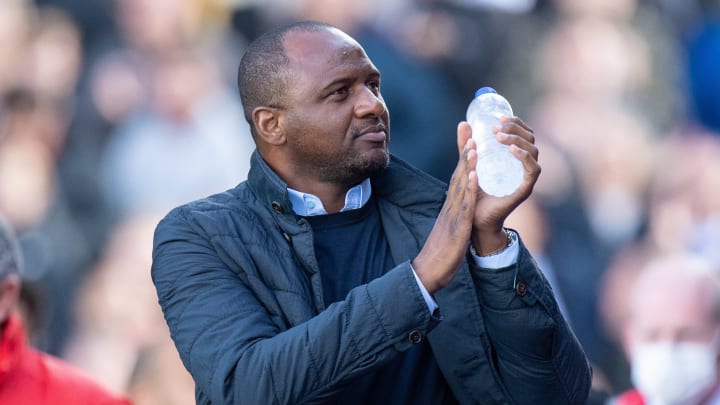 Patrick Vieira returns to his old workplace. As head coach of Crystal Palace, he will face his former employer, Arsenal FC, on Monday night.

Vieira was under contract with the Gunners for about nine years. He was part of the legendary Invincibles and became one of the best defensive midfielders around the world. Among other things, he won three championships with the troops that were still being trained by Arsene Wenger at the time.

In the summer of 2005 he left North London and joined Juventus Turin. A year later he moved to Inter Milan, at the beginning of 2010 he moved to Manchester City. At Skyblues, the 107-times France international ended his active career, but it remained that way. First as a youth coordinator, then as an under-21 coach and later as an under-19 coach.

This was followed by his first two jobs as a professional coach. First in Major League Soccer in New York City, before joining French first-division club OGC Nice. After just over three years as a Ligue 1 coach, he signed a contract with Crystal Palace in July of this year. With the Eagles, he has won one of the seven Premier League games his team has played so far this season (four draws, two bankruptcies). In the direct table, Palace occupies 14th place, with a triple against Arsenal, the South London team will equal with coach Mikel Arteta’s team on points.