Home World Attempted coup against Hamdok: the army besieged the home of the Prime... 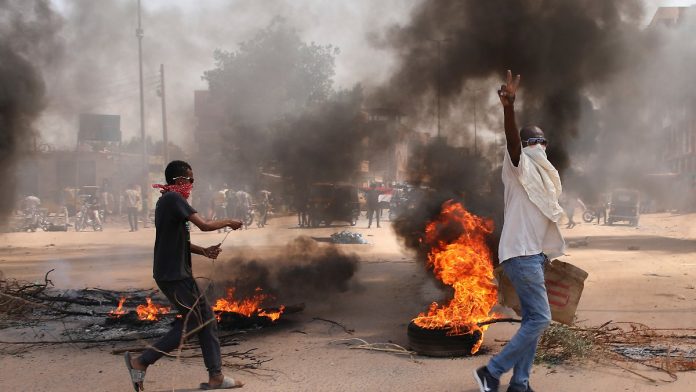 The army besieged the house of the Sudanese Prime Minister

After weeks of tension between the military and the transitional civilian government in Sudan, several senior government officials have been arrested by gunmen. The Prime Minister is also placed under house arrest. Meanwhile, protests erupted across the country.

In Sudan, apparently, there was another attempted coup from the ranks of the army. Prime Minister Abdalla Hamdok was placed under house arrest. Al-Hadath TV, quoting informed sources, reported that an unknown military unit surrounded his house. Members of the head of state’s family told Reuters news agency that the armed forces stormed the home of Hamdok’s media advisor and arrested the prime minister there in the early hours of the morning.

In addition, gunmen were said to have arrested other members of the government. Government departments said the arrests took place in their homes. As AFP journalists reported, the internet was shut down across the country. Demonstrators gathered in the capital, Khartoum, and blocked roads.

In the past few weeks, there have been frequent protests by various groups in the African country. One of the parties demanded the formation of a civilian government and the other for the army to dismiss the current transitional government.

In Sudan, after the overthrow of long-standing authoritarian ruler Omar al-Bashir in April 2019, the so-called Sovereignty Council took over the government, in which power is shared between the military and civilians. Since then, the country has been in a fragile transition that should end with the formation of a civilian government in 2023. High inflation, economic hardship and deep political divisions are exacerbating the situation.

In the past few months, the current transitional government has launched a series of economic reforms in order to qualify for debt relief from the International Monetary Fund. In the course of reforms, among other things, government fuel subsidies were cut. Other measures also led to a significant loss of confidence in the transitional government.

Woker Activity Math is supposed to be racist now! –...