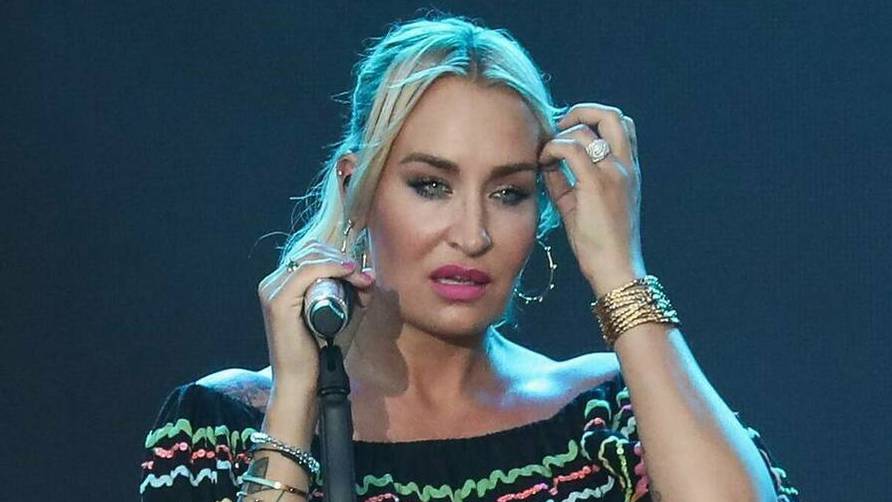 Leipzig. “Please, don’t give up yet, I will keep you close to me”: Singer Sarah Connor dedicated the premiere of her new song “Stark” to the flood victims on Friday evening. “We stick together,” the 41-year-old said at the ART charity show. For the show, he decided to present the song for his upcoming album earlier. The song is about hugging someone and being there. “That’s the most important thing we can do tonight.”

While watching films from the Rhineland-Palatinate and North Rhine-Westphalia, Connor spoke to evaluator Sarah von Nieberk about her own feelings and her concern that such a catastrophe could happen again due to the growing climate crisis. “I have four children. It scares me.” His heart goes out to the victims, helpers and rescuers.

Musician Rhea Carvey thanked the volunteers who helped clean up the affected people in the flooded areas. “I am incredibly proud of those who wake up in the morning: today I will go there to help my neighbors,” the singer said during the Leipzig show. These people are heroes.

The 48-year-old sang his “hometown” (German hometown) song on the show and called for as much support as possible for those affected by the floods. “Some people go and help, some people donate, some people make music,” says Carvey. It is important to continue, not to forget the victims.

The first and third performances were led by Sarah van Newberg (Leipzig) and Ingo Zamberoni (Cologne). Stars like Roland Kaiser, Peter Prings, Sarah Connor and Herbert Grunmeyer called for donations. In addition to the artists, the victims and helpers had their say. Benefited from a full day from ARD on Friday before the live broadcast.