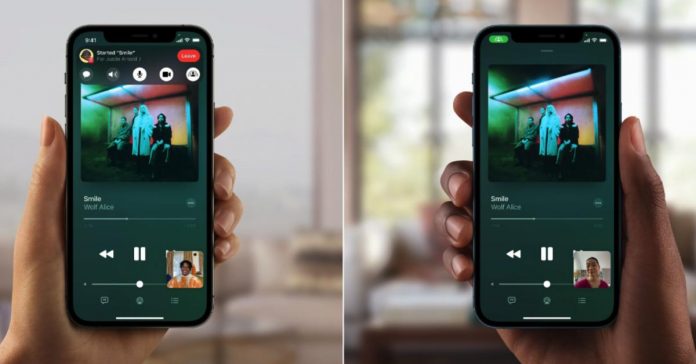 Apple has now released Beta 6 of iOS 15 and iPadOS 15 a week after the release of Beta 5. The final version should appear in the fall of 2021 – possibly at the end of September.

iOS 15 Beta 6 includes another redesign of Safari. Apple has rolled back some of the changes made in Beta 5 and Beta 4. The Safari address bar can now be optionally displayed at the top. Previous versions moved the title bar to the bottom of the screen. Not everyone liked it, to say the least.

The bottom tab bar has been redesigned to appear below the page content. Due to the new layout, many buttons are hidden, for example B. Reload button, bookmark and share function. Apple partially showed the buttons again in previous betas. In Beta 6, there is a change to the user interface as it is currently available in iOS 14. The user can also deactivate the classic Safari layout in the settings.

The new SharePlay functionality in iOS 15 has been deprecated in Beta 6 and will not appear in the final version either. Apple plans to activate SharePlay in a later update. Shareplay will also not be included in iPadOS 15, tvOS 15, and macOS Monterey.

SharePlay has been described as one of the main features of iOS 15. This allows users to watch movies and series with others synchronized via FaceTime, create playlists together, and share their screen contents with each other.