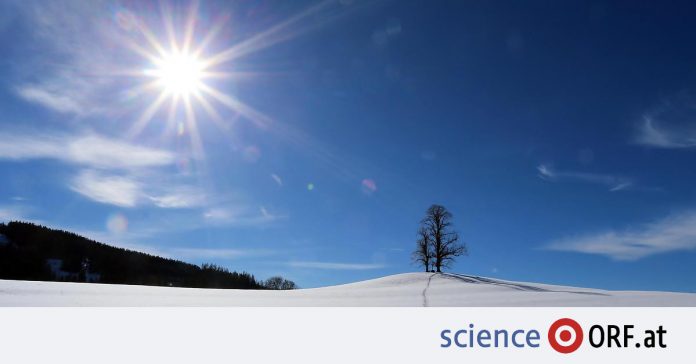 The oldest evidence of Homo sapiens to date is the discovery of bones in Morocco, which is estimated to be around 300,000 years old. Long after, about 45,000 years ago, groups of Homo sapiens also spread throughout Eurasia. What prompted representatives of modern humans at the time is a much debated topic in science – however, some explanatory models describe that groups may have relied on warmer climates to move into more northern regions.

But this does not seem to be the case, as the archaeologist and geochemist do Sarah Pederzani Explained by the Max Planck Institute in Leipzig. Together with an international team, it conducted investigations into Pacho Keru Cave It is in Bulgaria where some of the oldest remains of Homo sapiens have been found in Europe. The consequences of the researchers published in the journal Science Advances.

Animal teeth indicate the climate at that time

“We chose the cave in Bulgaria because, among other things, tens of thousands of bones and animal remains can be found from the time when it was inhabited by Homo sapiens,” Pederzani told ORF. Animals – especially horses and bison – were probably slaughtered for food at this time.

The researchers examined the oxygen and strontium content in the bones and teeth of the animals used Isotopenalyse. “Oxygen isotopes in water, for example, vary depending on the prevailing temperature. Then the animals absorb the water and the oxygen isotopes accumulate in the bones and teeth,” the archaeologist explains. By analyzing isotopes, the temperature prevailing during the life of the animal can be calculated.

The research team was able to find evidence that early modern humans may have settled in a new ocean even in cooler climates – for example at times when temperatures in Pacho-Kiro Cave were about 10 to 15 degrees Celsius lower than today. “These people found temperatures similar to those in Bulgaria today, for example in northern Scandinavia,” Pederzani said. “Our studies showed that these groups of people were very flexible with respect to their surroundings and that they were able to adapt better to different climatic conditions than previously assumed.”

The isotope analysis took about a year. 179 samples were examined. “This made it possible to calculate past temperatures relatively accurately and make estimates of the climate for about 7,000 years,” Pederzani says.

According to the archaeologist and geochemist, the new findings form a good basis for further research on Homo sapiens in Europe. For example, it is not yet clear how people can effectively protect themselves from the low temperatures of that time. In addition, based on the results of the research, more detailed investigations may be carried out in the future into how Homo sapiens spread in Europe over time. “I think it’s important for us to understand why we were the last human species on the planet at some point and how we were able to expand so successfully,” Pederzani says.