Home World After storming Congress: Brazil is looking for the culprits 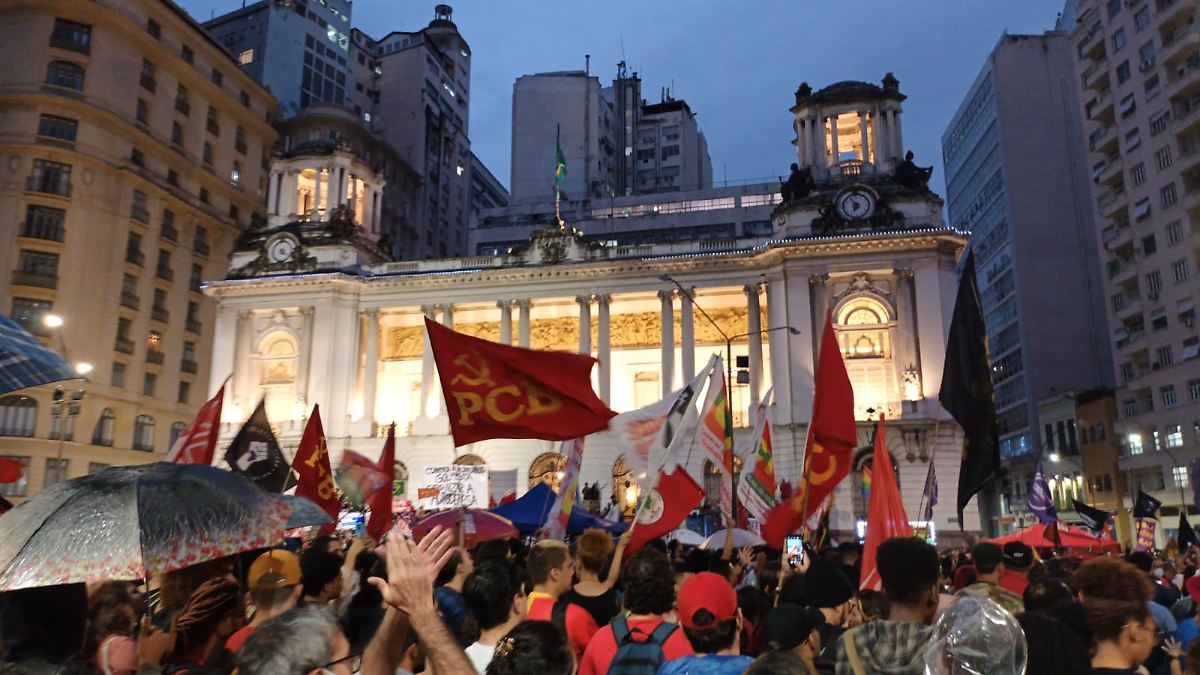 After storming Congress
Brazil is looking for the culprits

After storming government buildings and courthouses on Sunday, Brazil is searching for those responsible. Hundreds of rioters were arrested. Former President Bolsonaro denies any responsibility. At the same time, more and more details are being learned through social media. Even Bolsonaro’s nephew was present at the riots.

When the soldiers came, the demonstrators applauded. Hundreds of supporters of former President Jair Bolsonaro cheered as the military marched to their camp in the Brazilian capital. The military coup they have been waiting for has finally arrived. I was wrong. Soldiers came to arrest them.

Scenes like these show how many of Bolsonaro’s supporters still believe they are on the side of the good – even after hundreds of them destroyed the government district of Brasília on Sunday. They smashed windows, beat police officers, lit fires, painted walls, and finally defecated on the carpet. And then they expected a reward.

Miraculously, the Sunday riots No one was seriously injured. But the damage to property in Congress, the Supreme Court and the presidential palace is enormous. The state is now looking for the perpetrators and considering what to do with them.

New President Luiz Inacio Lula da Silva announced on Sunday that the judiciary is now cracking down. About 1,500 people were arrested at times, including about 300 rioters from the government district and 1,200 protesters from the camps, as well as supporters and financiers. The third is free since Tuesday, especially the elderly, women and children. This was announced by Federal Judge Alexandre de Moraes Dissolution of all protest camps in the country and several Block social media profiles.

But not only the judiciary is looking for the culprit – also users in social networks. Many participants They posted photos and videos of the riot themselves. That must be fatal now for some. on me Newly created Instagram profiles Their publications are collected and the participants in the protest identified. The legal ramifications of this are unclear, however existing It reads like a “colorful mix” of the Bolsonaro community.

Right-wing YouTuber, former Big Brother participant, tennis player banned for doping, police officers, ex-soldiers and party friends of ex-president Jair Bolsonaro – they were all present at Sunday’s riots in Brasilia. Bolsonaro’s nephew, politician Leo Andeo, was also there. Despite this, the president-elect, like many of his comrades-in-arms, continues to deny any responsibility for the riots, criticizing them as “acts of vandalism”.

However, there are important differences: The attackers chose Sunday and encountered abandoned buildings in the government district. Politically, they had no concrete goals – the handover of power to the new President Lula was over for a week. Bolsonaro did not support the riots and has also been in the United States for two weeks. It is unlikely that the riots did him any good. Above all, dramatic images remained.

“What we saw on Sunday has never happened before in Brazil,” Claudio Coto, a political analyst from the Getulio Vargas Foundation, told the BBC. The government district was already the site of violent protests in 2013 and 2017. But at that time the protests were directed against individual political actions. This time it was an assassination attempt on democracy itself.”

“Bolsonarianism is greater than Bolsonaro”

And now Brazil is debating how to deal with the failed attack on its government. Thousands of people demonstrated for democracy across the country on Monday. And in Rio, in the central square of Cinelandia, they demanded harsh punishment for the hooligans and shouted “No pardon!” To Bolsonaro and his comrades-in-arms. In discussions with individual experimental participants, a more differentiated picture emerged.

“I don’t believe in the ‘No pardon’ requirement.” “, said 65-year-old retiree Alexandre Pereira on the sidelines of the presentation. Before retiring, he was an employee of the state oil company Petrobras. You can’t punish all Bolsonaro fans anyway. So one has to be generous. Also to avoid further extremism “He knows that almost half of Brazil’s population voted for Bolsonaro. It’s the same in his family. It’s a political imperative to reconcile again,” Alexandre says.

“Reconciliation is impossible,” says Lyudmila Milo. The 48-year-old bank employee was shocked by Sunday’s attacks. “But we expected something like this to happen. Since the election, the camps of Bolsonaro supporters have been tolerated by the police and military for a very long time. Many may have sympathized with them.” We were fortunate that our new security minister, Flavio Dino, was vocal against the attackers who were caught.”

“Bolsonarianism is greater than Bolsonaro,” Ludmila said. “Maybe these events will swallow up the now-ex-president.” But Bolsonarianism as a far-right movement in Brazil will remain. This is why severe punishments are so important. She also has many Bolsonaro lovers in her family. But it is not just about differences of opinion and social issues. It is about respecting democracy. “And I don’t see it on the other side.”

See also  Fraud allegations: a doormat in front of the camera - Russia "chooses"