Home science After 24 days of protests, police have regained control of Ottawa 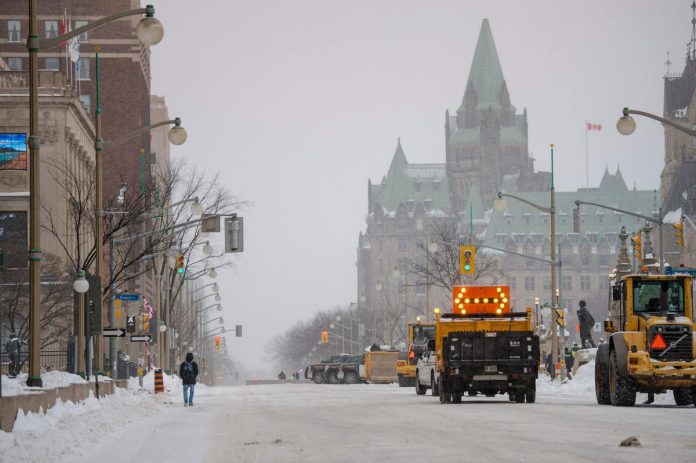 And the authorities indicated in the middle of the morning that they had arrested 190 demonstrators and pulled out about fifty cars, whose horns had sounded for weeks in this city that is usually known for its calm. Most of the truck drivers were fired.

“The police operation is still underway,” authorities cautioned, however, specifying that they have installed a fence around the Canadian Parliament “to ensure that the restored land is not lost.” Many of them refused to admit defeat, and asserted that they would continue to press for the complete lifting of the country’s anti-Covid restrictions, which are among the most stringent in the world. Some of them have been relaxing in recent days.

If calm appears to have finally returned to Ottawa, this historic protest movement, which began at the end of January, could have lasting effects on the country’s political debates. The Canadian protest movement has also inspired others beyond the country’s borders, particularly in France and New Zealand.

And the police in the American capital, Washington, were preparing, Sunday, for the arrival of a convoy of truck drivers at the time of Joe Biden’s traditional speech to the nation in the US Congress, scheduled for March 1. In anticipation, a fence could be erected around the Capitol.

Ottawa has not yet determined the final economic impact of this crisis, which has crippled several major border hubs between the United States and Canada, forcing many factories to suspend production. Polls show that Canadians, who were once supporters of the trucking movement, have distanced themselves from it in recent days.

See also  Avian influenza: the virus that could quickly wipe out a farm

Is it possible to lose weight in 4 days?

Is teeth whitening at home effective?