Home World About ten injured: an explosion rocks a refugee camp in Lebanon 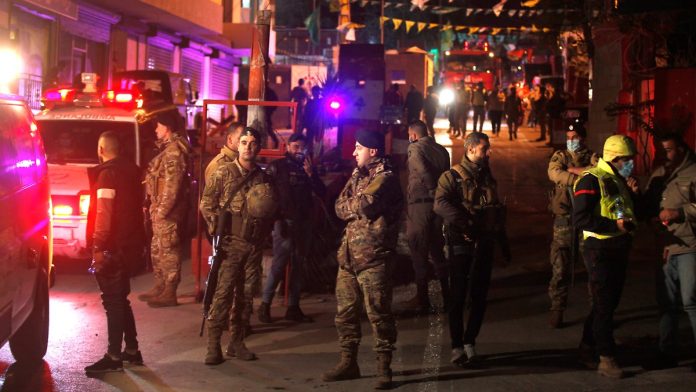 A violent explosion erupted in a Palestinian refugee camp in southern Lebanon on Friday evening. According to a state news agency, a weapons depot exploded there, and other reports showed oxygen canisters ignited. It has not yet been confirmed whether there have been deaths.

A serious explosion rocked the Burj Al-Shamali Palestinian refugee camp in the southern Lebanese port city of Tire on Friday evening, injuring about 12 people. Rescue workers and an insider from the wounded camp confirmed, whether there were deaths is still unclear. The Lebanese army closed the camp.

The National News Agency stated that the explosion came from a Hamas weapons depot in the camp. A judge has already instructed the security forces to open an investigation.

The Palestinian News Agency, loyal to Hamas, quoted a Palestinian source from within, as saying that the explosion was caused by the ignition of oxygen canisters that were originally intended to treat Covid-19 patients. According to the source, the fire was brought under control and the area around the explosion was evacuated. Rescue workers on duty. Hamas has not yet officially commented on the incident.

It is estimated that some 400,000 Palestinian refugees live in Lebanon today in twelve camps controlled by Palestinian groups. In the past few months, Lebanon has been shaken several times by severe explosions. In the devastating bombing in the port of the capital, Beirut, more than 190 people were killed and about 6000 were injured. At least 28 people were killed last August when a fuel tanker caught fire in the north of the country. Lebanon is also suffering from the worst economic crisis in its history in more than two years.