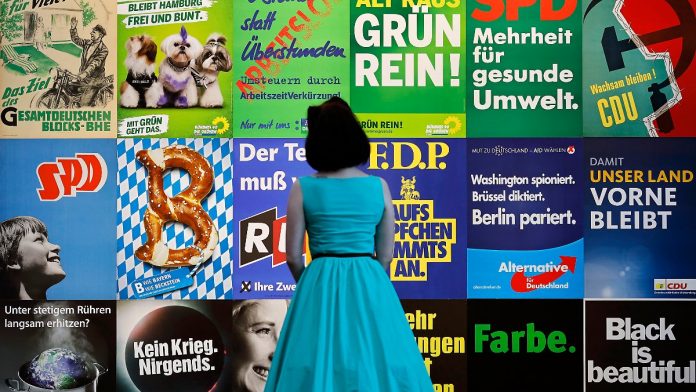 The study of electoral behavior

Parties do not reach immigrants

Eleven million eligible voters in Germany have a history of immigration. But many do not feel like dealing with any party. According to a recent study, parties are giving up valuable voter potential.

A little more than two months before the general election, the pace of the election campaign is picking up. But there is one group that is rarely addressed on election posters: people with immigrant backgrounds. 21 million people in Germany have a history of immigration – eleven million of them be German citizens are allowed to vote. According to the Spiegel report, a new study by the German Institute for Economic Research (DIW) analyzed the electoral behavior of this population.

Using data from the Social and Economic Commission, the study authors identified trends in party affiliation and immigrant preference. Accordingly, people of immigrant background often do not feel connected to one party. The study’s authors, sociologist Janis Jacobsen and Professor of Experimental Social Research Methods at Bielefeld University, Martin Kroh, see this as representing great potential for voters for parties.

Only 28 percent of immigrants feel they belong to a party. According to Spiegel, almost every second person in the rest of the population feels belonging to a party. According to the study authors, the significant difference can be explained by the time factor. Even if someone has lived in Germany for many years, the formation of preferences takes a surprisingly long time. According to the Spiegel report, a quarter of respondents felt they belonged to a party at least once after five years – half of them after 15 years.

The Social Democrats, according to Spiegel, offered a political homeland to certain groups of people with a long history of emigration. And according to DIW, so-called guest workers were very fond of SPD. But this, too, has declined over the past few decades. In the 1980s, 76 percent of these people still felt connected to the party – today it is only 59 percent.

The Union benefits from immigration from the East

The largest group with a history of emigration, which is also entitled to vote, are the so-called Russian Germans and the Spätaussiedler – most of them, according to Spiegel, vote for the union. According to DIW, more than half feel connected to CSU and CDU. Most of the Union’s voters come from immigrant backgrounds from the former Soviet Union.

On the other hand, immigration from the West is reflected somewhat differently in the partisan landscape. People from rich countries like Switzerland or Belgium should You feel particularly close to the FDP. People from the United States and the Netherlands who are eligible to vote in Germany feel more connected to the Green Party. The sympathy of people with an immigrant background for the left has increased even more in recent years – people from Serbia in particular feel close to the Left Party.

Container depot in Bangladesh: Many dead in major fire