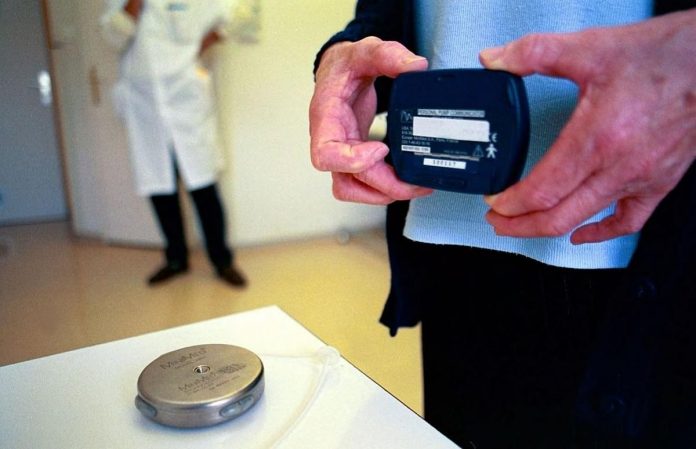 The continuous injection device against this neurological disease appears to give encouraging results in the long term, according to a French study.

Fighting symptoms of Parkinson’s disease with a continuous injection device similar to insulin pumps for diabetics: In some patients in an advanced stage, this treatment gives encouraging long-term results, according to a French study. “Quality of life stabilized and motor fluctuations (alternating improvement/re-emergence of symptoms, editor’s note) improved after two years” for the patients involved, said neurologist Emmanuel Flamand-Rose, one of the study’s authors. The study was published Friday in the journal NPJ Parkinson’s Disease.

However, he insists, this does not apply to all Parkinson’s patients. “When the disease progresses, there are two cases. In one, its signs (tremors, stiffness, sluggishness, etc.) no longer respond to treatment with “swallowable tablets,” he says. “In the other case, the treatments remain effective, but with significant differences during Today: People take their tablets, they get better, then their effect lessens after the effect wears off, and so on. The specialist explains that continuous therapy is a good option for these patients.

For this, we use a device called an apomorphine pump, which is worn either 24 hours a day or during the day – in a pocket, on a belt, around the neck, etc. – Which automatically injects the treatment.

“It is comparable to an insulin pump for diabetes,” says Professor Flamand Rose. “In diabetes, the sugar is too high and we drop it, and in Parkinson’s disease, dopamine (a molecule found in the brain) is too low and we deliver a reward continuously.”

“When you take a pill, it swells up in the brain, and then retracts. That’s what gives the fluctuations. With continued treatment, we’re closer to what happens naturally.”

“The interest in the study is to show that a certain number of patients can benefit from this treatment, which is still not sufficiently used,” stresses the neurologist, who works at the Pitié-Salpêtrière (AP-HP) Parisian hospital.

According to him, only one in two patients who follow this treatment are among those whose condition can justify it (ten years after the development of the disease). Although difficult to quantify, it is estimated to represent at most 5% of the total number of patients.

Parkinson’s disease is a neurodegenerative disease, second only to Alzheimer’s disease in terms of frequency. As it progresses, the risk of dependence increases due to the motor and cognitive complications that can lead to dementia. Health authorities estimate that in 2030, 260,000 people will be treated for Parkinson’s disease in France (166,000 in 2015).

In this real-world study, researchers followed the development over two years of 110 advanced-stage patients treated with apomorphine pump. The study concluded that the treatment is particularly beneficial for patients already affected by motor fluctuations before starting treatment. “This is a great result for a degenerative disease, because over a two-year period in an advanced stage, we would rather expect a worsening of the condition,” welcomes Professor Flamand-Roze, who nevertheless wants to send a “accurate message”.

“It’s not a treatment that cures the signs we haven’t treated before, but it can avoid the fluctuations when another treatment is already working,” he stresses. In addition, “it does not slow down the progression of the disease, it only treats the symptoms.” Finally, of the follow-up patients, a third discontinued treatment, “either because they have side effects, or because it does not work well enough, or because they find the device too restrictive.”

See also  Health pass: "Yes, but" from the State Council

“It’s a useful treatment but it’s not a panacea,” concludes the neurologist, who has already worked with the laboratories that make the device, without those involved in the study. According to him, two other studies are underway in France on this treatment: the first to see if it improves patients’ sleep, and the other to see if it should be introduced early, without waiting for an advanced stage.

Betadine to fight Covid-19? This weird advice from antivaxis is spreading across the web

Goossens and Zappacosta shoot Atalanta to...

Defending champions Manchester City did not show up naked in the third round of the England...

Could lack of sleep have consequences?

Covid: 75 people were vaccinated with dangerous doses for dogs