Home Economy “A monster like this should never be allowed on a public street!”:... 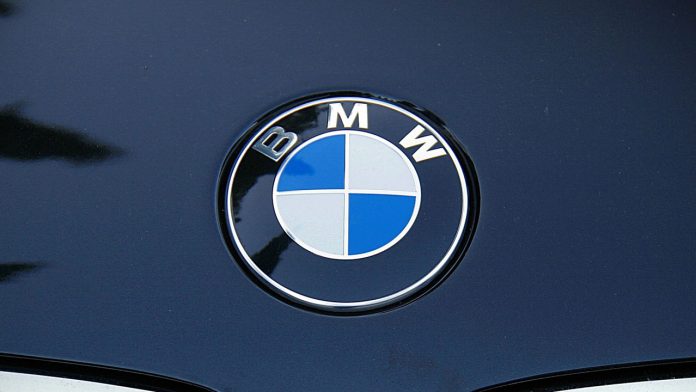 BMW’s new “beast” is the size of a Volkswagen bus and supposedly eco-friendly: the XM concept. Some Twitter users get upset about one thing in particular.

At the Art Basel Art Fair in Miami, BMW presented a new model in the X Series: the BMW Concept XM. According to BMW, the car should be especially environmentally friendly.

The BMX is a plug-in hybrid

US customers in particular should love the car while at the same time competing with a Lamborghini Urus or a Bentley Bentayga. All three cars are plug-in hybrid models and are about the same size. The BMW car measures 5.11 meters in length, 2.20 meters in width and 1.73 meters in height. For comparison: the VW T6 bus is 4.9 meters long, 1.9 meters wide and 1.9 meters high. BMW hasn’t announced pricing yet, but prices should start well in the six-digit range.

For driving, the Munich-based manufacturer is based on the concept of plug-ins that would allow the giant to drive up to 80 kilometers using only electricity. To do this, BMW combines a V8 gasoline engine with a very powerful electric motor and promises a system output of 550 kW / 750 hp and a torque of 1,000 Nm. The manufacturer has not yet announced the exact dates or mileage.

Another user of the platform tweeted: “One can only hope that BMW will finally punish customers for their ignorance of the climate crisis and their unwillingness to develop sustainable products and solutions. BMW is the engine of the #climate crisis.”

Other Twitter users describe the car as a monster and associate it with the inferiority complexes of drivers, as well as with “overtaking on a man.”

“A monster like this is not allowed on the street! 🤬 #BMW #SUV”

“Which inferior #inferiority complex is supposed to upgrade your stunted ego with an aggressive, ugly #monster# design? Where have design standards such as aesthetics gone?”

“Dominant masculinity is like sheet metal. A brutal BMW SUV: over five meters long, weighing about 2.5 tons and looking aggressive. A man spreads out in the street.”

Other users are more lenient with the new BMW model and don’t criticize the lack of sustainability. One tweet reads: “Despite all the awful ugliness, I think this car looks friendly to the naive, like a well-meaning big-nosed woodland animal that just woke up.”

Switch to an electric car

Electric cars are seen as an environmentally friendly alternative to petrol or diesel cars. But it is not that simple. It is true that it is emission-free domestically because it does not produce any exhaust gases. However, generating electricity releases a lot of exhaust gases into the air. To avoid this, you have to switch to green electricity and always charge the car at home. However, electricity is not the only factor to consider when it comes to the question of the sustainability of electric vehicles. You can learn more here: Electric Vehicle Lifecycle Assessment: How Sustainable Are Electric Vehicles Really? And if you are interested in an electric car, you can stop by:

** Links to supply sources are partly affiliate links: if you buy here, you actively support Utopia.de, because we will then receive a small part of the sales proceeds.

Thank you for voting!

The fight for jobs continues at Bosch in Bühl

Report: O2 under pressure when it comes to mobile network expansion