Home World A man disappears from a cruise ship and is rescued a day... 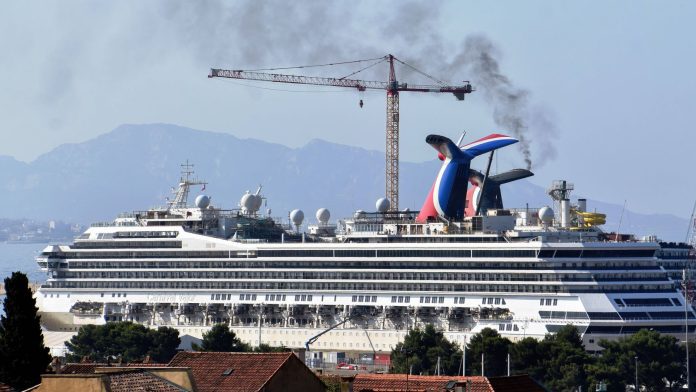 A man floated at sea for several hours in the Gulf of Mexico. To help aid him, the ship changes course.

The desperate search for a missing passenger in the Gulf of Mexico has found a happy ending. CNN reported that the man disappeared from a Carnival Cruise Line cruise ship on Wednesday evening. He was last seen when he was on the ship with his sister at the bar and went to the toilet around 11pm.

However, the man did not return. The cruise ship set sail from New Orleans on Wednesday and set course for the Mexican island of Cozumel.

The next afternoon, American Thanksgiving Day, the sister reported her brother missing, according to the shipping company. When a search on the ship was unsuccessful, the crew notified the rescue services. The US Coast Guard said the call from the cruise ship was received around 2:30 p.m.

As a result, an area-wide alert was sounded and the Coast Guard’s “all available resources” were deployed, Seth Gross, the US Coast Guard’s search and rescue coordinator, told CNN. The search extended more than 200 miles (322 kilometers) into the Gulf of Mexico. The same cruise ship returned and helped search along the original route.

Finally, I discovered the missing person’s ship. According to the Coast Guard, he was pulled from the water by helicopter and flown to the US mainland. The man was responsive.

Gross said rescuers were unable to determine how long the man had been in the water. It would have been more than 15 hours. If it was that long, the US Coast Guard coordinator said it was “the longest I’ve ever heard of it — and one of those Thanksgiving miracles.” “It really shows that the will to live is something you have to consider in any search and rescue situation.”