Home World A fire in the Gaza Strip: Seven children died in a family... 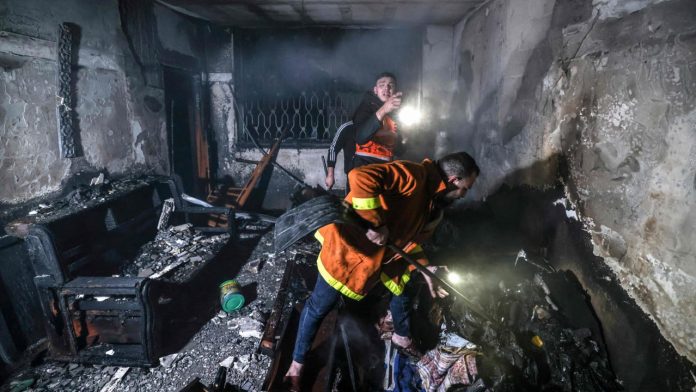 The tragedy of a fire in the Gaza Strip |

This Thursday evening, 21 people were killed in a house fire in the city of Jabalia in the Gaza Strip. A family had gathered in an apartment to celebrate when the fire broke out. Bitter: Among the victims were seven children.

At least 30 people were injured, according to Salah Abu Laila, director of the local clinic. The number is expected to continue rising. The cause of the fire is still not clear. Investigations are ongoing. The only sure thing is that the fire spread to the rest of the house.

According to the Palestinian Ministry of Interior, large quantities of fuel were stored in the building. However, the information has not been independently verified. Hamas has ruled the Gaza Strip since 2007. There are no free and independent reports there.

Israel and Egypt announced that they would lift the blockade on the Gaza Strip in order to receive medical treatment for the victims of the fire.