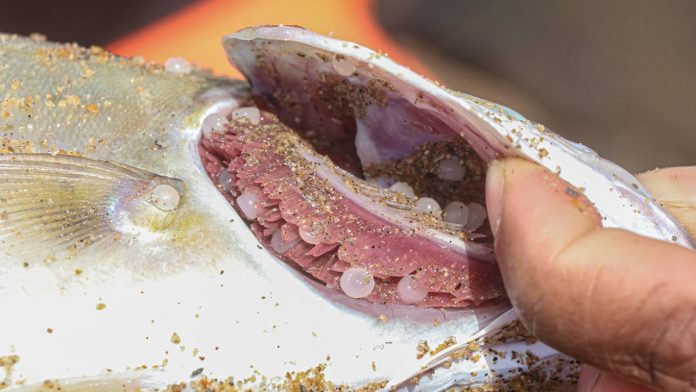 A burning ship off Sri Lanka

Dead fish pile up on the beaches

Explosion in a container ship off Sri Lanka. Some goods, including microplastics and dangerous chemicals, end up at sea. As soldiers try to clean up the beaches, more and more pollution victims are being washed ashore.

After the ship sank off Sri Lanka, hundreds of dead fish, a few dead turtles, debris and fine plastic pellets were found on the beaches, which is also popular with tourists. This was announced by fishing societies in various parts of the island nation in the Indian Ocean. X-Press Pearl, registered under the Singapore flag, has been burning for a week and a half. The Sri Lankan Navy said the fire is now under control.

A navy spokesman said that more than a thousand soldiers and sailors tried to free the beaches from pieces of plastic that were washed up on the beach repeatedly. Fishing has been banned in parts of the coast until further notice, affecting more than 6,000 fishermen, according to the Fisheries Federation of all islands. The head of the Marine Protection Agency, Darshani Lahandapura, said it has not experienced any similar damage in the past few years.

The ship was loaded with 1,486 containers with 25 tons of chemicals, some of them dangerous – including nitric acid and microplastics for producing plastics – and cosmetics. The cargo was to be moved from India to Singapore. A Navy spokesman said a chemical substance subsequently leaked from a container during a storm triggered a chemical reaction and led to a fire. Police have begun questioning the captain and crew members who are now quarantined in Sri Lanka.